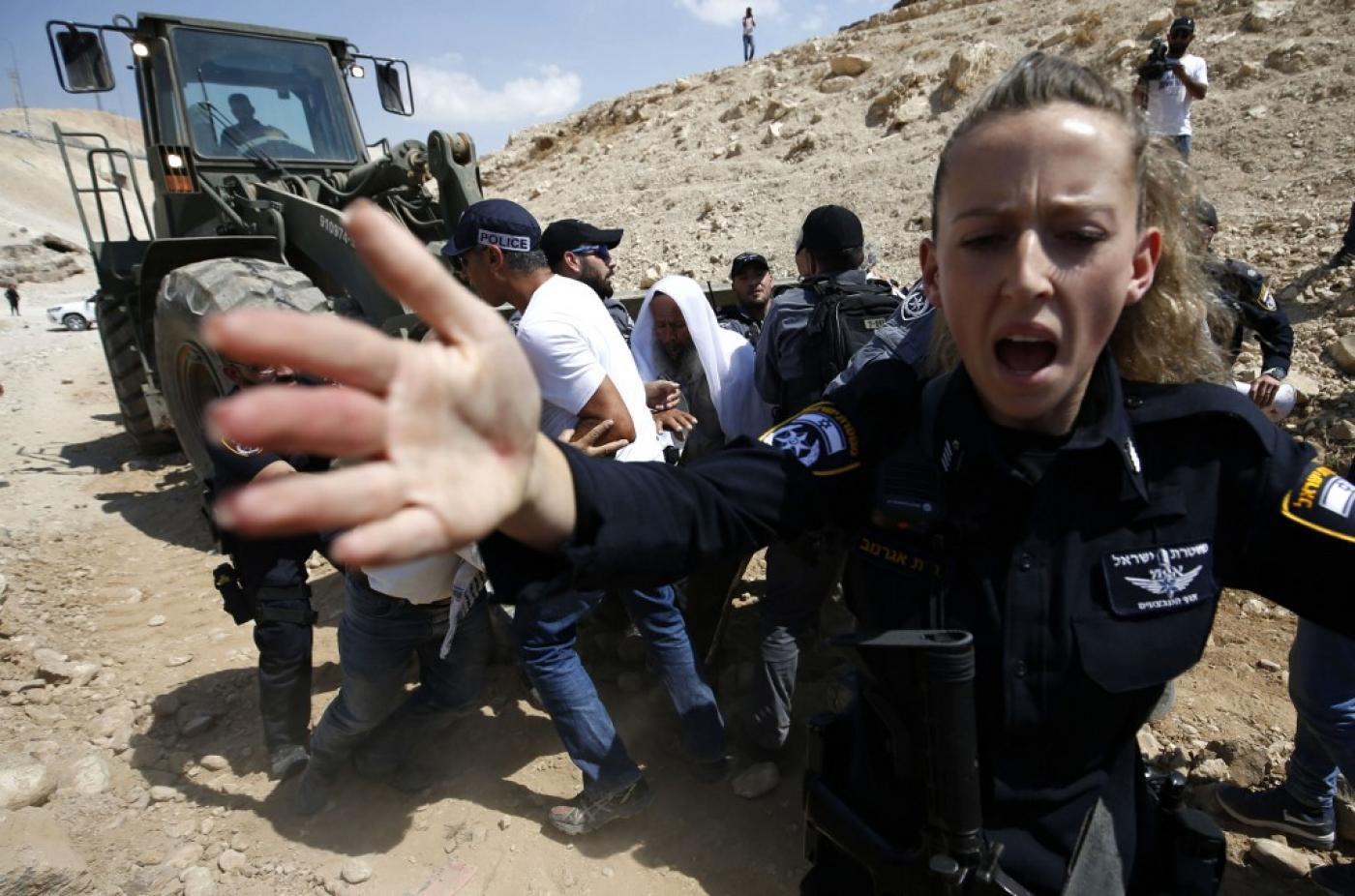 Britain's ruling Conservative party has vowed to ban UK public bodies from participating in boycott and divestment campaigns of any foreign country in its manifesto.

"We will ban public bodies from imposing their own direct or indirect boycotts, divestment or sanctions campaigns against foreign countries," stated the Conservative Party's manifesto, which was published on Sunday.

This proposal comes days after the UK-based Palestine Solidarity Campaign (PSC) launched an appeal to the Supreme Court over the government's ban on local government divesting pension schemes from companies connected to a foreign country.

"The Israeli government, with the support of the [US President Donald] Trump administration, is running roughshod over international law and ramping up its human rights violations against Palestinians," Jamal told Middle East Eye.

"In this context, the Conservative Party should be committing the UK to implement its responsibilities to hold Israel to account, rather than seeking to prevent public bodies from making ethical decisions not to invest their money in supporting Israeli apartheid.”

The 2018 ruling overturned a June 2017 judgement from the UK High Court, which had stated that the government acted unlawfully in stopping local councils from divesting from companies involved in the occupation.

Ryvka Barnard, a senior campaigner for War on Want, condemned the manifesto pledge as undermining a tactic long used by human rights activists in Britain.

"Where our own government has failed to act in accordance with its own policies and international law, ordinary people have stepped up...In the UK, existing policies like the Trade Union Act, the Lobbying Act, and the repressive Prevent agenda already undermine the rights of people to protest," she added. "This latest proposal will further weaken those rights.”

Earlier this month, the European Court of Justice ruled in favour of clearly labelling products made in Israeli settlements as having been produced in the occupied West Bank.

Founded in 2005, the BDS campaign was created as a coalition of Palestinian civil society groups with the aim of using non-violent methods to pressure Israel to end its illegal occupation of the West Bank and end its siege on the Gaza Strip.

The Israeli government has since set up a department called the Ministry of Strategic Affairs in a bid to counter the BDS movement. Since its establishment, laws have been introduced in several countries, including in the United States and France, with the stated aim of criminalising BDS.

On Monday, Israeli authorities deported Human Rights Watch (HRW) director for Israel and the Palestinian territories Omar Shakir after accusing him of supporting the BDS movement - an accusation he denied. HRW denounced his expulsion as an attempt to silence critics of the Israeli government.