Brazil and Israel are complicit in denying Palestinian rights in Jerusalem. 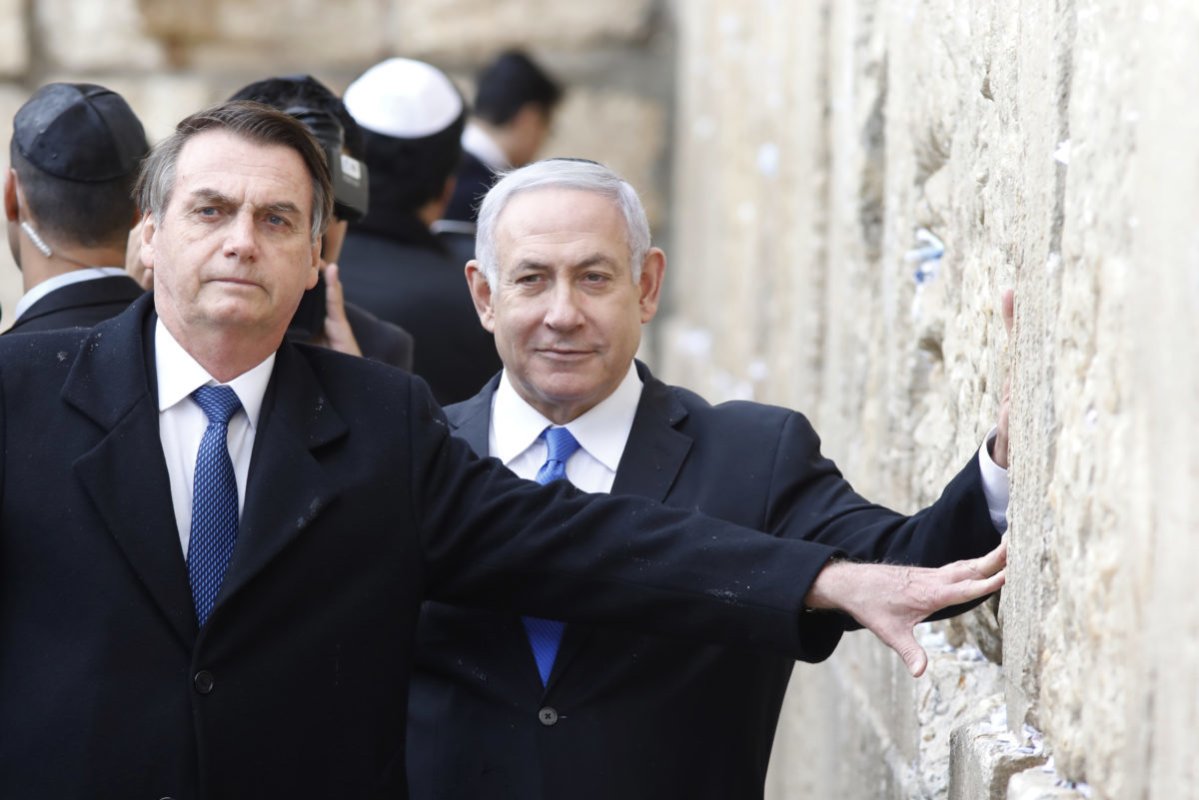 It was a celebration of sorts for Israel when Brazil inaugurated the opening of its trade and investment promotions office in Jerusalem. As indicated by Eduardo Bolsonaro, the son of Brazilian President Jair Bolsonaro and the chair of his country’s Foreign Affairs and National Defense Committee, opening APEX-Brasil’s office in Jerusalem precedes the move of the embassy to Jerusalem expected next year. If the decision to make such a move is implemented, Brazil will be following in the steps of the US and Guatemala. Both countries have relocated their embassies to Jerusalem, despite this being in violation of international law.

Israeli Prime Minister Benjamin Netanyahu couldn’t have asked for a better ally than Bolsonaro. Both leaders are committed to wiping out indigenous populations and exploiting their territories. In complete political disregard of the Palestinian people, Eduardo Bolsonaro conveyed his father’s words to the audience present at the inauguration. “If we do not move the embassy to Jerusalem, if the terrorists think that they can threaten us, it will be a shame on us,” he declared. “If you want to avoid a terrorist attack, you have to show power.”

Last March, an official joint statement by the Brazilian and Israeli governments indicated the raising of “bilateral relations to a higher level of priority, building on the solid historical links between the two countries since the creation of Israel.” They should have added, “…on stolen Palestinian land.”

Of particular note in the statement was the singling out of Venezuela, with Brazil and Israel expressing “firm commitment to supporting the Venezuelan people in their struggle towards the end of Maduro’s regime.” Venezuela has offered consistent support to the Palestinian people since the era of the late Hugo Chavez; current President Nicolas Maduro committed himself to his predecessor’s internationalist stance. The US-backed Juan Guaido who declared himself interim leader of Venezuela said last February that he would re-establish relations with Israel, as well as open a new embassy after a decade of severed diplomatic ties.

Brazil was one of the Latin American countries supporting the 1947 UN Partition Plan and was one of the first countries to recognize Israel in 1949. In 2010, under former President Luiz Lula da Silva, Brazil recognized Palestine upon the basis of the 1967 borders. Bolsonaro, on the other hand, has prioritized relations with Israel and Arab states, the latter now focused on normalizing ties with the occupation state. In a statement of political contempt for Palestinians last year, Bolsonaro exclaimed that, “Palestine needs to be a state first before it has the right to an embassy.”

The far-right Bolsonaro’s rhetoric gives an additional spin to Israel’s security narrative and its usurpation of Jerusalem. Under Netanyahu and Bolsonaro, the indigenous populations in occupied Palestine and Brazil respectively are perpetually misrepresented as terrorists to justify further land grabs and provide governments with a narrative that allows them to perpetuate state terror against the people involved in the existential struggle to defend their land and homes. Exploiting Jerusalem in this manner sets a precedent which the international community, accommodating as it is towards Israel’s fabricated security narratives, must repudiate by all means possible if it is, at the very least, to maintain the current consensus as a departure point for the city’s fate.