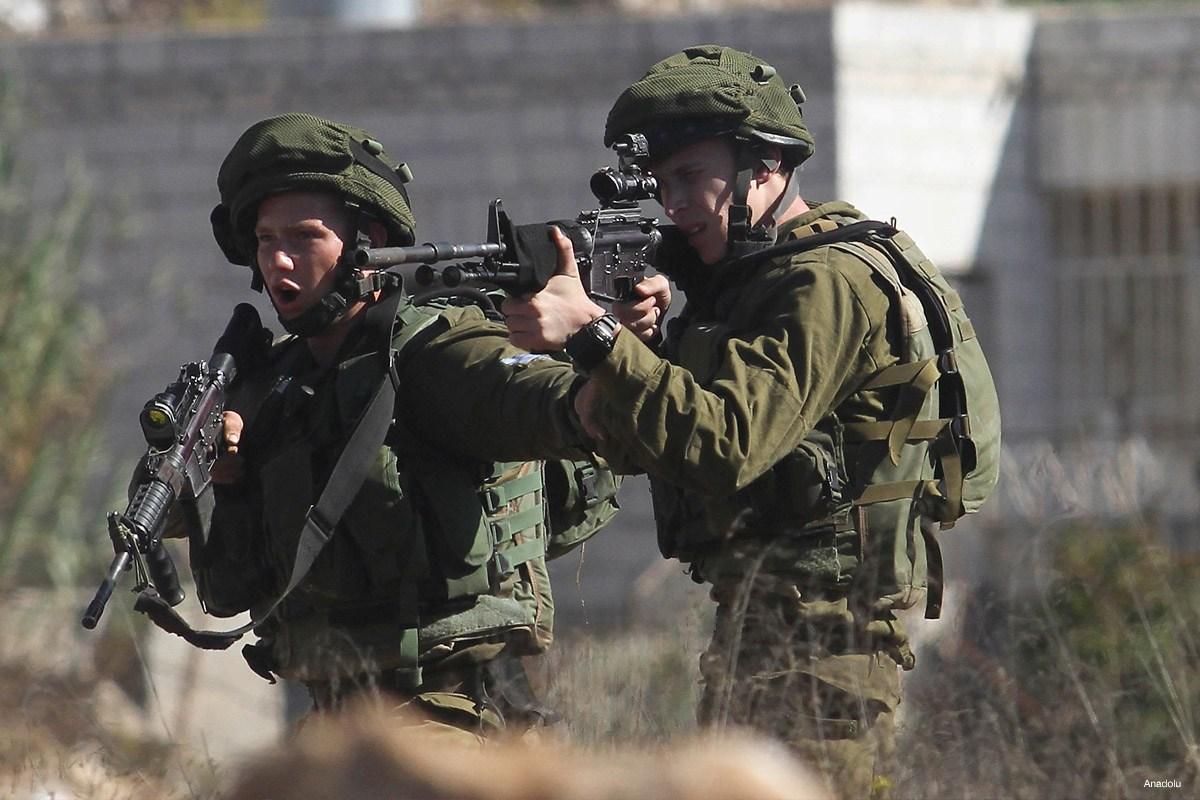 Three Israeli occupation soldiers, including one officer, were injured by a Palestinian gunman in the Gaza Strip city of Khan Younis at dawn today. The Palestinian was identified as Hani Abu Salah, who was killed while the three soldiers were evacuated by helicopter to an Israeli hospital in the Negev Desert with non-life-threatening wounds

According to the Israel Defence Forces, Abu Salah was armed with an AK-47 assault rifle and several hand grenades. He apparently acted independently and was not ordered to carry out the attack by any of the resistance groups in Gaza.

The dawn shootout has been criticised widely, focusing mainly on Israel’s occupation forces as well as Prime Minister Benjamin Netanyahu, not least because it came just one day after the end of the largest military drill in the area since the 51-day summer 2014 Israeli military offensive against the Palestinians in Gaza, dubbed Operation Protective Edge.

“The drill which took place in the southern Israeli city of Ashkelon near the border with the Gaza Strip, which began on Sunday…” reported Israeli Hayom, “included attack helicopters, combat troops, as well as new forms of weaponry for combat inside attack tunnels.”

The Chief of Staff of the Israeli Army, Lieutenant General Aviv Kochavi, agreed the date for the exercise as soon as he took office in January. He made the decision due to growing concerns that the army is not sufficiently prepared to engage in a successful war against the Palestinian resistance in the Gaza Strip. Such concerns increased after the botched Israeli Special Forces raid in the same area last November.

Although soldiers have been trained intensively on tackling resistance fighters, today’s incident demonstrated how ineffective the training is. It also suggested that Israel’s tactics are futile.

As usual, the Israeli media reported the army narrative that the Palestinian gunman had infiltrated the occupation state through the eastern fence surrounding Gaza and that soldiers did not at first think that he was an armed “terrorist”. Initial reports on military radio, however, said that the shootout took place after the armed incursion of an Israeli Special Unit in Gaza, but the army denied this. The official statement then claimed that Abu Salah crossed the nominal border into Israel and clashed with the Israeli forces. According to Palestinian resistance sources, though, the lone gunman confronted Israeli soldiers who had infiltrated the Gaza Strip.

“Even if we accept the official Israeli narrative,” said Walid Al-Agha, an expert in Israeli affairs, “the incident proved the failure of the whole Israeli military system when it comes to dealing with Gaza.” He noted that this incident followed the large-scale military exercise in which all sections of the Israeli army took part and there was a full deployment of soldiers around the coastal enclave for the duration of the exercise.

“This incident is enough to prove the failure of the Israeli forces in dealing with just one Palestinian armed with a light weapon,” claimed Hassan Lafi, a Palestinian expert on Israeli military affairs in Gaza.” The Palestinian clashed with the first Israeli platoon and wounded three of them. Then, another one advanced and could not kill him for at least an hour. This proves the failure of Kochavi’s exercise.”

It is not only the Palestinians who believe that the shootout was a test of Israel’s readiness for military activity in and around Gaza, and that it failed the test. Commenting on the incident, former Defence Minister Avigdor Lieberman conceded that Israeli deterrence has been eroded. He blamed Netanyahu for the poor capabilities of the Israeli occupation forces. The former head of Israel’s domestic security agency, Yoram Kohen, concurred when he told army radio that Israel’s deterrent factor is being cut.

Other commentators were just as scathing. “It was not necessary for the Israeli army to brag about the improvements it has made for a future war in Gaza,” explained Yossi Yehoshua, military correspondent with the country’s largest-circulation newspaper, Yedioth Ahronoth. “The major problem was not resolved. If this was the second failure of the Golan forces in the span of one month, they might not have been prepared properly to deploy along the border with Gaza.”

The veteran reporter on military affairs for the Walla news website, Amir Bohbot, said that it was “unacceptable” that such an incident had taken place “less than 24 hours” after the army completed the Gaza Division’s major exercise, “which was carried out to evaluate the readiness of the army for a potential war.”

Amir Oren, the senior correspondent and columnist for Haaretz and a member of the newspaper’s editorial board, concluded that, “Khan Younis is the name of the city which is the most frequently traded. It is the password which could bring the dreams of the Chief of Staff to an end.”