Gaza takes a stand against the siege 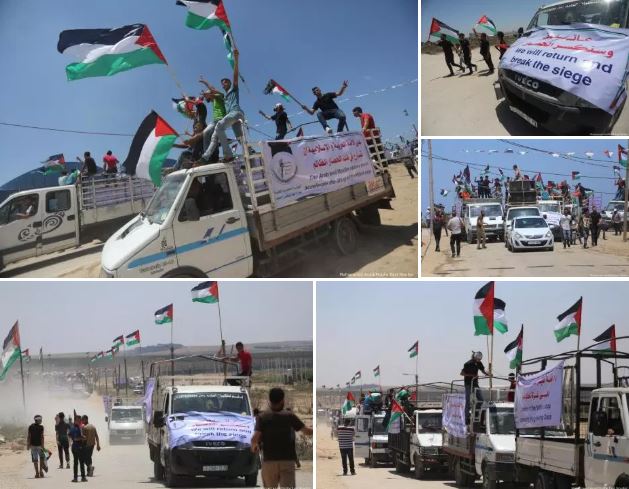 Palestinians in Gaza protest against the closures imposed by Israeli occupation

Palestinians in the besieged Gaza Strip held a protest today against the closures imposed by Israeli occupation.

Organised by the Supreme National Authority of the March of Return and Breaking the Siege, the demonstration saw trucks line up in northern Gaza all the way to the Great March of Return camp in East Gaza.

Entitled “Returnees … We will Break the Siege”, the protest waved banners and chanted slogans rejecting the blockade and its effects on the national economy, transport and trade.

“Gaza stands today with all our people to thwart the deal of the century. Desperate attempts to implement this deal will not succeed,” the National Authority said during a press conference at Al-Awda refugee camp in eastern Gaza.

It called on the United Nations to stand up to its responsibilities and implement UN resolutions, especially 194 to protect the rights of the Palestinian people.

The Commission called for the need to strengthen the Arab and Islamic support for the Palestinian cause and stop normalisation with the occupation.