How Israel’s Labor Engineered the Illegal Jewish Colonies in Palestine 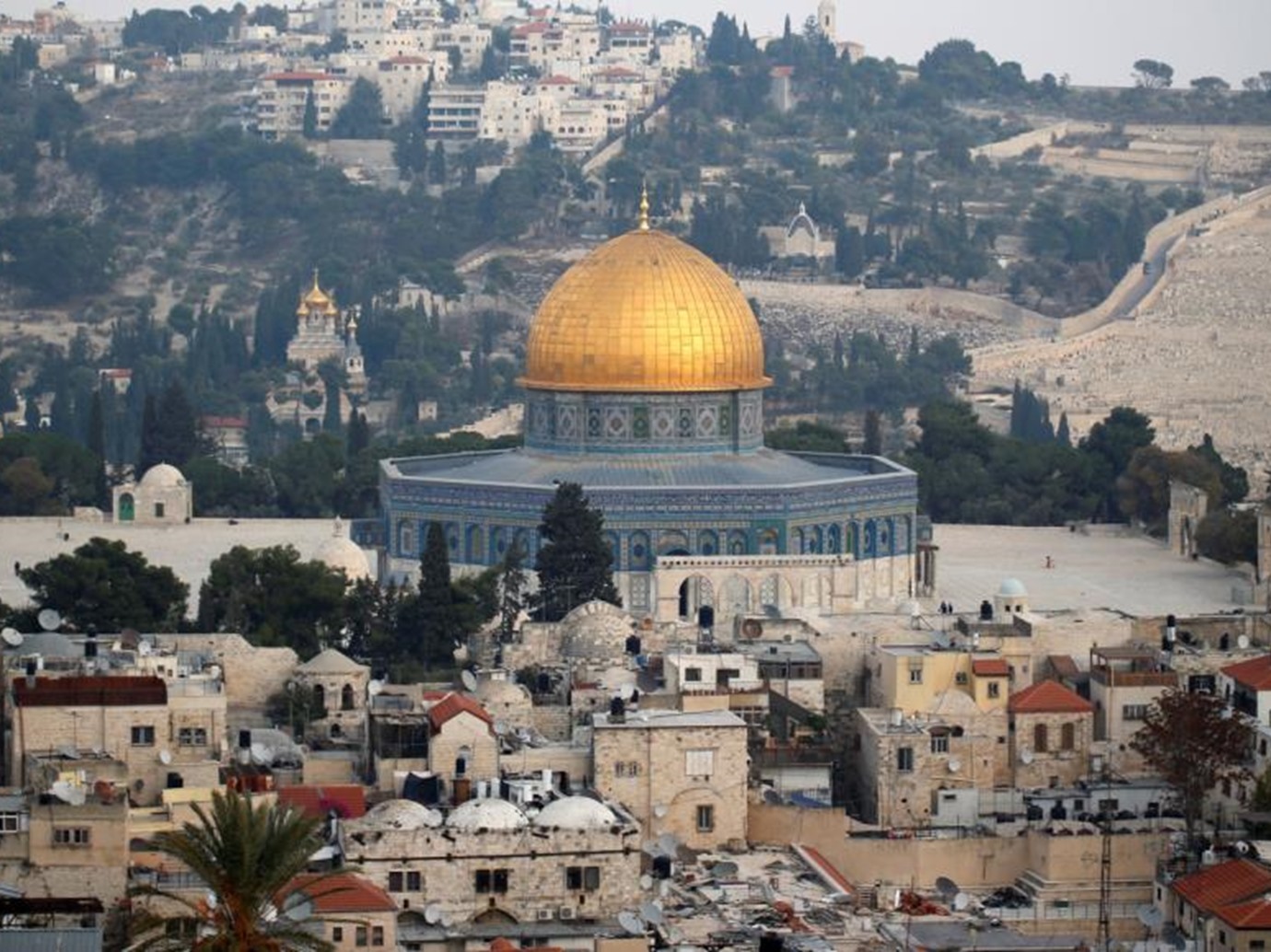 Following the Israeli victory in the 1967 war, it became impossible for Zionist ideologues to mask the true nature of their state – an unwavering colonial regime with an expansionist agenda.

While Zionism was undoubtedly a colonial enterprise from the onset, many Zionists refused to perceive themselves as colonists. “Cultural Zionists”, “Reform Zionists” and Labor Zionists” advocated similar political agendas to “Revisionist” and other extreme forms of Zionism. When put to the test, the difference between left and right Zionism proved mere ideological semantics. Both groups labored to sustain the same cognitive dissonance – victims in search of a homeland and colonists with a racist, violent agenda.

That self-serving intellectual paradigm remains effective to date, most delineated in the supposedly conflicting political discourses of the Israeli rightwing parties (Likud, and other religious and far-right nationalist parties) and the ‘left’ (Labor and others). For Palestinians, however, both political streams are two sides of the same coin.

After the decisive Israeli victory in the war of June 1967, Jewish nationalism took on a new meaning. Israel’s ‘invincible army’ was born, and even cynical Jews began to view Israel as a victorious state, which was now a regional, if not international force to be reckoned with. Equally important, it was Israel’s so-called ‘left’ and other ‘soft-Zionists’ who fully engineered that most reprehensible period in history.

The Israeli occupation of Sinai, the Golan Heights, East Jerusalem, the West Bank and Gaza, and the destruction of the combined armies of Egypt, Syria and Jordan, thrilled most Israelis, encouraging many to develop an imperial outlook and wholly embrace a colonial project based on a conviction that their army was the strongest  in the Middle East. The same expansionist instincts helped to sanctify the Zionist principle that ‘never again should Eretz-Yisrael be divided’.

In fact, as Professor Ehud Sprinzak argued (as cited in Nur Masalha’s book “Imperial Israel and the Palestinians: The Politics of Expansion”), following the Israeli victory in 1967, the concept of imperial expansion, and the rejection of the ‘division’ of Eretz-Yisrael became a “most energetic and influential tenet in modern Zionism”. Regardless of whether Israel fully anticipated such massive territorial expansion or not, the country seemed determined to quickly fortify its gains, rebuffing any call for a return to the armistice lines of 1949.

Although religious Jews were intoxicated by the idea that biblical “Judea and Samaria” ‘returned’ to its long-estranged owners, the first movement to capitalize on the territorial gains was, in fact, a secular elite organisation named the Movement for the Whole Land of Israel (WLIM).

The official founding conference of WLIM was held shortly after Israel’s victory. Although founded and dominated by Labor party activists, WLIM cut across party lines and ideological divides, united in their determination to preserve all of Palestine, as all of Israel. As for the unwanted population, those who were not expelled were to be duly subdued.

As Egypt and other Arab countries decried their ill-fated war, Palestine was completely taken over making Palestinians captives in their own land. Just as Israel celebrated its victory over official Arab armies, Israeli soldiers filmed themselves grinning and flashing victory signs at the so-called “Western Wall”, as well as in and around Arab Jerusalem’s holy sites. Palestinians still braced themselves for the worst.

Indeed, as Baruch Kimmerling writes in his book “The Palestinian People: A History”, that “was the moment in Palestinian history most bereft of hope”, Palestinian refugees who dreamed of returning to pre-1948 Palestine faced a momentous setback, a new Nakba, indeed, for the refugee problem was now exasperated and compounded by the war and the creation of 400,000 new refugees. Israeli bulldozers promptly moved into many parts of the newly conquered Palestinian territories – as they did in other occupied Arab lands – demolishing historical realities, and constructing new ones, as it does today.

Shortly after the war, Israel sought to fortify its occupation, firstly by rejecting peace overtures made by Egypt’s new president, Anwar Sadat, starting as early as 1971, and secondly, by unleashing settlement construction throughout the West Bank and Gaza.

The early settlements had strategic military purposes, for the intent was to create sufficient facts on the ground to alter the nature of any future peace settlement; hence, the Allon plan, named after Yigal Allon, a former general and Labor party minister in the Israeli government who took on the task of drawing an Israeli vision for the newly conquered Palestinian territories.

The plan sought to annex more than 30 per cent of the West Bank and all of Gaza for “security purposes”. It stipulated the establishment of a “security corridor” along the Jordan River as well outside the “Green Line,” a one-sided Israeli demarcation of its borders with the West Bank. The plan envisioned the incorporation of the Gaza Strip into Israel and was meant to return parts of the West Bank to Jordan as a first step toward implementing the “Jordanian option” for Palestinian refugees, i.e. ethnic cleansing coupled with the creation of an ‘alternative homeland’ for Palestinians.

The plan failed, but not in entirety. Palestinian nationalists ensured that no alternative homeland was ever to be realized, but the seizure, ethnic cleansing and annexation of occupied land was a resounding success. What was also important and consequential is that the Allon plan provided an unmistakable signal that the Labor government of Israel had every intention of retaining at least large parts of the West Bank and all of Gaza, and had no intention of honoring United Nations Security Council Resolution 242.

To capitalize on the government’s alluring settlement policies in the West Bank, a group of religious Jews rented a hotel in the Palestinian town of Hebron (Al-Khalil) to spend Passover at the “Cave of the Patriarchs”, and simply refused to leave. This sparked the biblical passion of orthodox religious Israelis across the country who referred to the West Bank by its biblical designation, Judea and Samaria. Their move also ignited the ire of Palestinians who watched in complete dismay as their land was conquered, renamed and later settled on by outsiders.

In 1970, to ‘diffuse’ the situation, the Israeli government constructed the Kiryat Arba settlement at the outskirt of the Arab city, which invited even more orthodox Jews to Hebron. Allon’s plan may have been intended for strategic purposes, but soon after, what was strategic and political, intermingled with what became religious and spiritual.

In the final analysis, Palestinians were losing their land at a rapid speed, a process that would lead to major Israeli population transfers, initially to occupied East Jerusalem – which was itself illegally annexed shortly after the 1967 war – and eventually, to the rest of the occupied territories. Over the years, the strategic settlement growth was complemented by the religiously motivated expansion, championed by a vibrant movement, exemplified in the finding of Gush Emunim (Bloc of the Faithful) in 1974. The movement was determined to settle the West Bank with legions of Jewish fundamentalists.

Allon’s plan also extended to include Gaza and Sinai. Allon wished to establish a “finger” of territories to serve as a buffer between Egypt and Gaza. ‘Buffer’ was in this context, a codename for illegal Jewish settlements and military outposts at the southern end of the Gaza Strip and adjacent areas of northern Sinai, a region that Israel dubbed the Rafiah Plain.

In early 1972, thousands of men, women and children, mostly Palestinian Bedouins, were driven from their homes in southern Gaza. Despite living in the area for generations, their presence was an obstacle before an Israeli army blueprint that would soon incorporate half of Gaza. They were evacuated without being permitted even to haul their possessions, however modest. The Israeli army claimed that ‘only’ 4,950 people were ethnically cleansed from the area. But the tribes’ leaders contended that more than 20,000 were forced from their homes and land.

Allon had then entrusted Ariel Sharon and other military leaders to break up the newly occupied territories into mini regions, infiltrated by strategic settlements and military bases to weaken local resistance and cement Israeli control.

“(Sharon) recounts standing on a dune (near Gaza) with cabinet ministers”, wrote Gershom Gorenberg, “explaining that along with military measures, to control the Strip, he wanted ‘fingers’ of settlement separating its cities, chopping the region in four. Another ‘finger’ would thrust through the edge of Sinai, helping create a ‘Jewish buffer zone between Gaza and Sinai to cut off the flow of weapons’ and divide the two regions in case the rest of Sinai was ever returned to Egypt.”

The rest is history. Although the demographic made up of the settlers largely shifted to the right in recent days, and their political influence on Tel Aviv increased exponentially, those settlers now numbering around 600,000 living in over 200 settlements, are the hideous creation of Israel’s ‘left’ with the full backing and support of the right, all serving the original cause of Zionism that remained true to its founding principles – a colonial movement that can only be sustained through violence and ethnic cleansing.

- Ramzy Baroud is a journalist, author and editor of Palestine Chronicle. He has authored a number of books on the Palestinian struggle including ‘The Last Earth: A Palestinian Story’. Baroud has a Ph.D. in Palestine Studies from the University of Exeter and is a Non-Resident Scholar at Orfalea Center for Global and International Studies, University of California Santa Barbara.