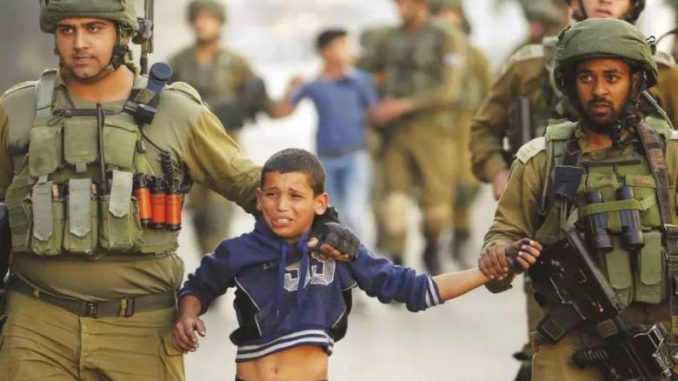 Last week, US President Donald Trump’s administration announced that it was imposing economic sanctions on the chief prosecutor of the International Criminal Court (ICC).

The decree was announced by Secretary of State Mike Pompeo, who reported that the US would: “Not tolerate [the ICC’s] illegitimate attempts to subject Americans to its jurisdiction.”

This is the US’ vindictive response to investigations announced by the court into US war crimes in Afghanistan, and Israeli war crimes in the West Bank and the Gaza Strip.

These ICC investigations are still at an early stage, but the US has already acted in a most draconian manner in order to evade justice.

It has also acted to protect Israel – one of the world’s worst human rights abusing countries, and a key ally.

The Trump administration’s new move has been described by my colleague Maureen Murphy at The Electronic Intifada as Trump’s nuclear option against the international court.

The ICC was established with the hope that human rights abusers the world over could be held to account in the most concrete terms – not merely condemned, but actually put on trial and jailed for their crimes.

But so far, the court has failed to live up to that lofty ideal. To date, it has prosecuted African nationals only.

As soon as the court was established, the US opted out. As the world’s biggest superpower since at least 1945, the US is the leading perpetrator of war crimes anywhere.

The US’ almost-unending series of imperialist wars for the control and dominance of the globe has been the direct cause of millions of uncounted deaths.

In helping to sustain, fund, train, arm and encourage a racist, violent regime such as Israel, the US empire is also a world order of torture and injustice – much like the British empire was before it.

It is little surprise then, to find that much of the impetus for US sanctions against the ICC is the court’s decision (finally, after long years of prevarication) to prosecute Israel for its war crimes.

With the Zionist regime playing a key ideological role in US world order, successive US administrations have ramped up the county’s levels of support for Israel – especially in the decades since 1967.

Trump is no exception in this regard. He is merely the latest example of the same trend: every successive US president – whether a Democrat or Republican – manages to be more pro-Israeli than the last. Joe Biden, if he manages to win the upcoming election – which is by no means guaranteed –will certainly not buck that trend. He will be even more pro-Israeli than Trump.

When Biden was vice-president, after all, President Barack Obama concluded his final year in office by overseeing a promise to gift a staggering $38 billion in military aid to Israel over the course of the following decade.

The level of US-Israeli fanaticism against the ICC, and the prospect of facing accountability for their violence, is quite staggering.

In the Palestine Papers, former Israeli “Justice” Minister Tzipi Livni was infamously revealed to have stated: “I am a lawyer… but I am against law – international law in particular. Law in general.”

The director of Mossad’s legal front group Shurat HaDin once called for Israel to literally invade the Hague in retaliation, for attempts by lawyers to bring its military personnel to justice.

Israel should: “Utilise all necessary force to resist any effort to arrest IDF [Israeli military] officers accused of war crimes anywhere in the world. Foreign countries should be made to understand we mean business,” Nitsana Darshan-Leitner wrote in an Israeli paper.

The threat of being made to face up to their crimes in a court of law is a very real one for Israeli officers. They are acutely aware of their peril.

Until European countries began rewriting their universal jurisdiction laws in order to protect Israel, it was not an uncommon event for Israeli war criminals to have to avoid places like London.

Fifteen years ago this week, Doron Almog, a former major general in the Israeli army, had to turn tail and flee back to Tel Aviv after landing in London to take part in speaking engagements.

British police had been planning to arrest him for a war crimes case, but somehow, the Israeli embassy was tipped off and warned him not to vacate the plane. It still remains unclear who betrayed this confidence.

A judge had decided he had a case to answer over his role in leading the Israeli occupation forces which were enforcing a brutal military regime on the Palestinians of the Gaza Strip, during the early years of the second Intifada.

Almog oversaw the vindictive and systematic destruction by bulldozer of many Palestinian homes there – even crushing people to death in the process, including American solidarity activist Rachel Corrie.

Some years after he had fled Heathrow Airport, it was revealed by reporters that British police had only made the decision not to board the plane because they were afraid they would be shot at by armed Israeli personnel protecting Almog.

It’s long past time for Israeli, US and British impunity to end.