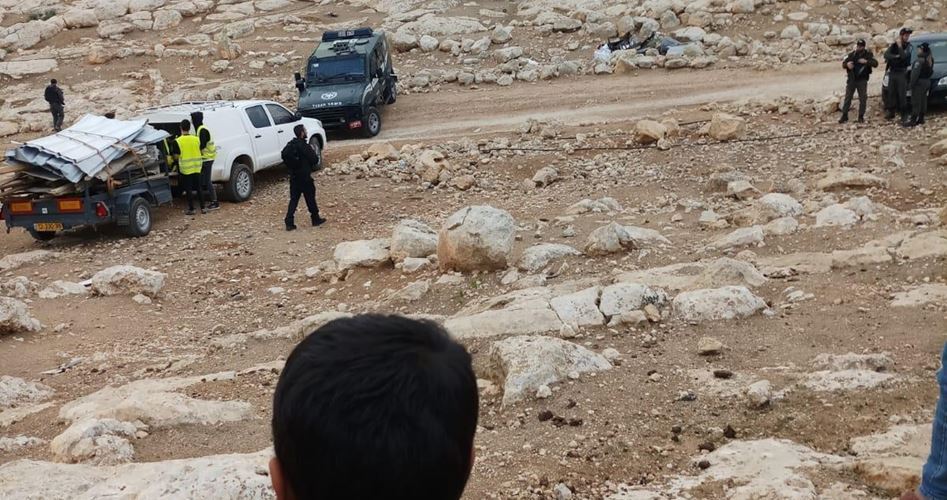 According to local sources, two homes were destroyed and one agricultural structure was dismantled and confiscated by a municipal crew after they stormed Abu Nuwar hamlet along with bulldozers and police forces.

The demolitions led to the displacement of Bedouin families, including children.