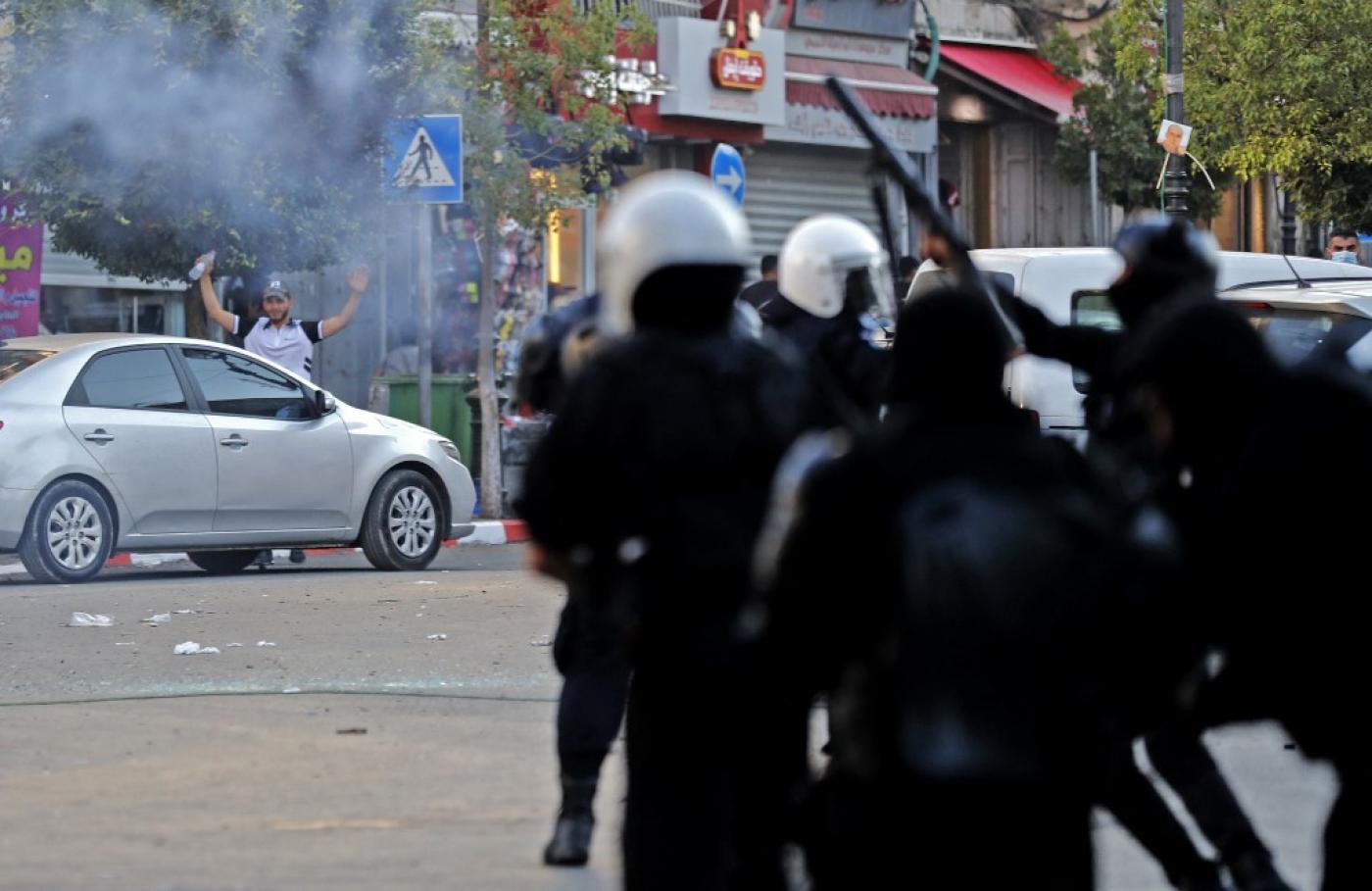 After the killing of Nizar Banat, Palestinians are unleashing their fury on the PA. But Israel and its western backers, who created this whole mess, are the real culprits

It’s a scene that has become all too horribly familiar in the occupied West Bank since 1967: armed men crash into a Palestinian home in the early hours, pull a sleeping man from his bed, beat him brutally in front of his terrified family, drag him along the ground, and carry him off into custody without charge or due process. No, this is not another of Israel’s vicious raids; it is Palestinian forces abusing other Palestinians.

The death of activist Nizar Banat last week in the occupied West Bank city of Hebron while in Palestinian Authority (PA) custody has sparked widespread revulsion and outrage. Thousands have marched in protest in Ramallah and other West Bank cities, calling on the Palestinian president to resign.

An autopsy carried out by the PA’s Independent Commission for Human Rights found that Banat had sustained blows to the head, along with bruising and abrasions on much of his body, including fractured ribs and evidence of tight binding on his wrists.

He was a well-known political activist who openly accused the PA of corruption and demanded an end to its security coordination with Israel. Despite threats of a backlash from the PA’s security services, he persisted. In that, he joins another Hebron activist, Issa Amro, who was arrested by PA security forces in 2017 and allegedly tortured for criticising the PA.

A human rights defender, Amro established the Youth Against Settlements group in Hebron and has endured imprisonment by Israel. Fatah supporters have reportedly made death threats against him, while Palestinian authorities have called for a blacklisting of his organisation, which Amro believes led to increased army and settler assaults.

Such instances of Palestinian-on-Palestinian repression form part of a pattern of official intolerance to protests in the occupied West Bank and Gaza. The demonstrations that followed Banat’s death were met with brutal force by the PA’s security police and plain-clothes Fatah supporters.

Female protesters have been sexually assaulted and journalists prevented from reporting on the events. A 2020 Amnesty International report likewise described attacks on journalists, arbitrary arrests, violent clampdowns on peaceful demonstrations, and torture of political detainees in PA prisons.

Administrative detention without trial, on the model of Israel’s system, is commonplace. Between 2018 and 2019, according to Human Rights Watch, the PA arrested more than 1,600 people for peaceful demonstrations, criticism of the PA and social media “insults”. Hamas authorities arrested more than 1,000 people for similar reasons in March 2019 alone. Both are likely underestimates of the real toll.

So why has this double tyranny befallen Palestinians - Israel’s repression on the one hand, and oppression by their own side on the other? What has made a people so devastated by Israel’s creation in 1948, and its brutal  occupation thereafter, turn on each other?

To answer, one must understand the origins of the PA in the context of colonialism. Born out of the Oslo Accords in the mid-1990s, the PA was afforded only partial civil and security control over portions of the West Bank and Gaza. In the West Bank, areas A and B were to be fully or partly controlled by the PA, leaving Area C - 60 percent of the West Bank - to Israel.

The PA was supposed to be an interim authority for five years, when the so-called final status of the territories would be established. That never happened, and the PA lives on.

A Palestinian police force established and trained by the CIA soon morphed into a massive security apparatus, with general intelligence and preventive security branches. When Gaza came under Hamas rule in 2007, another set of security forces came into being, making a combined total of 83,000 - among the highest ratios of security employees to civilians in the world.

Though supposedly accountable for their actions, these forces often function autonomously in the occupied West Bank and are widely seen more as agents of Israel than as fellow citizens. In the same way, the so-called security cooperation between Israel and the PA seems only to serve the occupation by setting Palestinian forces against their fellow citizens in order to protect Israel.

This sorry state of affairs was entirely predictable - the consequence of a colonial set-up where the natives are controlled by their own kind. Colonial rule has historically nurtured a client leadership that owes its positions and privileges to the coloniser, and Israel is no exception.

The client leadership’s main function is to repress popular resistance by any means. Creating a police force for that purpose was necessary, and repression was the inevitable result. In that sense, the PA, which has more or less followed this colonial model, is as much Israel’s victim as is the population it governs. It should be seen in that light, rather than as a bunch of villains.

The idea of creating Palestinian governance within a situation of colonial occupation was always nonsense, unless that colonisation was intended to end.

The PA’s territory was truncated from the start, shorn of East Jerusalem and physically separated from Gaza by Israeli-held land. Without Israel’s withdrawal from Palestinian territory, there was no hope of independence - and so long as that continues, there never will be.

Beguiling Palestinians with fantasies of statehood in this situation is a cynical deception that has enabled western states to evade their responsibility towards them, and to maintain the chimera of a two-state solution.

The tragedy is that the fantasy of statehood has also worked on Palestinians themselves. They have endured the oppression of their own leaders in hopes of having a state of their own. This has never happened, and in the wake of Banat’s killing, their anger and frustration have boiled over.

Targeting the PA leadership as useless and corrupt is understandable; an imperative exists for getting rid of an authority that attacks its own people and shields their occupier. But it is the real culprits, Israel and its western backers, who created this whole mess, and who should be the proper targets of Palestinian fury.

Ghada Karmi is a former research Fellow at the Institute of Arab and Islamic Studies, University of Exeter. She was born in Jerusalem and was forced to leave her home with her family as a result of Israel’s creation in 1948. The family moved to England, where she grew up and was educated. Karmi practised as a doctor for many years working as a specialist in the health of migrants and refugees. From 1999 to 2001 Karmi was an Associate Fellow of the Royal Institute of International Affairs, where she led a major project on Israel-Palestinian reconciliation.
Source: The Middle East Eye