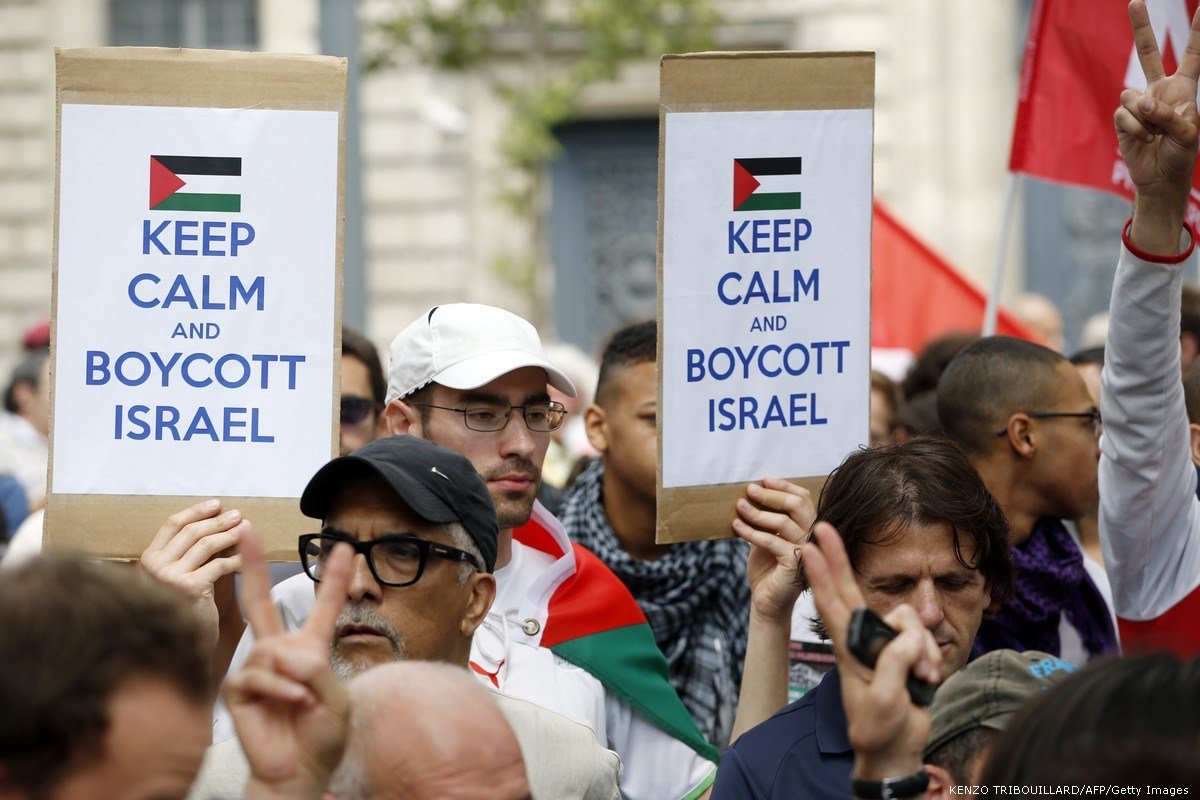 Cultural boycott is one of the most effective methods of peaceful protest against institutional racism. It was used successfully against South Africa’s apartheid regime in the 1980s. In order to prevent a similar fate, Israel has stepped up its charm offensive to woo celebrities from the entertainment industry and more recently top flight footballers. Will it work?

Sportsmen are not from another planet; they are the products of their societies. They witness the daily travails of subjugated peoples. Mesut Özil, the Arsenal midfielder, demonstrated this last Friday when he expressed his revulsion at the imprisonment of millions of Uyghurs in China.

Özil’s intervention was not unique. An increasing number of sportsmen and women are becoming more attuned and sympathetic to human rights issues. While some are wooed by the cash bonanzas offered to them, others choose not to “whitewash” autocratic regimes with terrible human rights records.

The case of golfer Rory McIlroy is a striking example; whereas he turned down a reported $2.5 million appearance fee to compete in the Saudi Arabia, heavyweight boxers Anthony Joshua and Andy Ruiz chose to fight in the desert for tens of millions. McIlroy explained: “It [playing in Saudi] is not something that excites me.” He told the Golf Channel: “One hundred per cent there’s a morality to it.”

Similarly, just a few days ago, the Spanish state broadcaster RTVE announced that it would not bid to broadcast the upcoming Spanish Super Cup football tournament in Saudi Arabia due to human rights concerns.

Unlike golf, cricket, boxing or baseball, the “beautiful game” – football – is arguably the most global of all sports. So, when footballers like Ronaldo and Lionel Messi play in or identify with Israeli politicians they are more likely to affect global trends. Indeed, Israel hopes that their engagement will be construed by fans all over the world as an endorsement of its policies and not given the pariah status as South Africa.

Throughout most of the apartheid era, the South African regime was boycotted culturally. The country’s expulsion from the International Olympic Committee (IOC) in 1970 was followed by the 1977 Gleneagles Agreement by which Commonwealth countries unanimously decided to discourage contact between their sportsmen and sporting organisations, teams or individuals from apartheid South Africa.

The Commonwealth countries were so resolute and united in their stance that when the Thatcher Government refused to enforce the Gleneagles Agreement, 32 out of 59 countries, led by Nigeria, boycotted the Edinburgh Games in 1986.

Any hope that today’s Arab League or the Organisation of Islamic Conference (OIC) will ever muster the political will to act like their African counterparts is no more than a pipe dream. To the contrary, they are more prepared to hide behind the façade of not mixing sports with politics.

As for Ronaldo and Messi, it is inconceivable that they were unaware of the fact that an Israeli court, in October, upheld a travel ban on Palestinian footballers from the occupied Gaza Strip, for “security reasons”. The court barred Khadamat Rafah, from travelling to play in the Palestine Cup Final against the West Bank-based FC Balata.

Palestinian sportswomen are not exempt from Israel’s hideous travel restrictions. In November a female karate team from Gaza were also barred from travelling to participate in a tournament in Sharjah, UAE.

Those who argue that the cultural boycott of Israel is one step too far must be reminded of the spiteful acts of vandalism committed by Israeli soldiers in the Palestinian Ministry of Culture in 2002. The building was occupied by the Israeli army for most of April that year. When they left at the beginning of May the Palestinian employees were shocked by what had occurred. The Israeli journalist Amira Haas graphically described the carnage:

“All the high-tech and electronic equipment had been wrecked or had vanished – computers, photocopiers, cameras, scanners, hard disks, editing equipment worth thousands of dollars, television sets. In every room of the various departments – literature, film, culture for children and youth books, discs, pamphlets and documents were piled up, soiled with urine and excrement… There are two toilets on every floor, but the soldiers urinated and defecated everywhere else in the building, in several rooms of which they had lived for about a month… Someone even managed to defecate into a photocopier.”

Israel’s deliberate attempt to charm international football stars is not just a desperate attempt to “whitewash” its tarnished human rights record. It is, more importantly, intended to stall the progress of the global Boycott, Divestment and Sanctions (BDS) movement. Clearly Israel hopes to neutralise the BDS movement by flirting with the most influential football clubs and players.

This charm offensive is doomed to fail. Apart from a vocal minority in Europe, the world’s football fraternity is much more conscious of racism than they ever were during the worst days of South African apartheid.