King David’s Ancient Road: How Israeli Archaeologists Are Aiding the Theft of Silwan 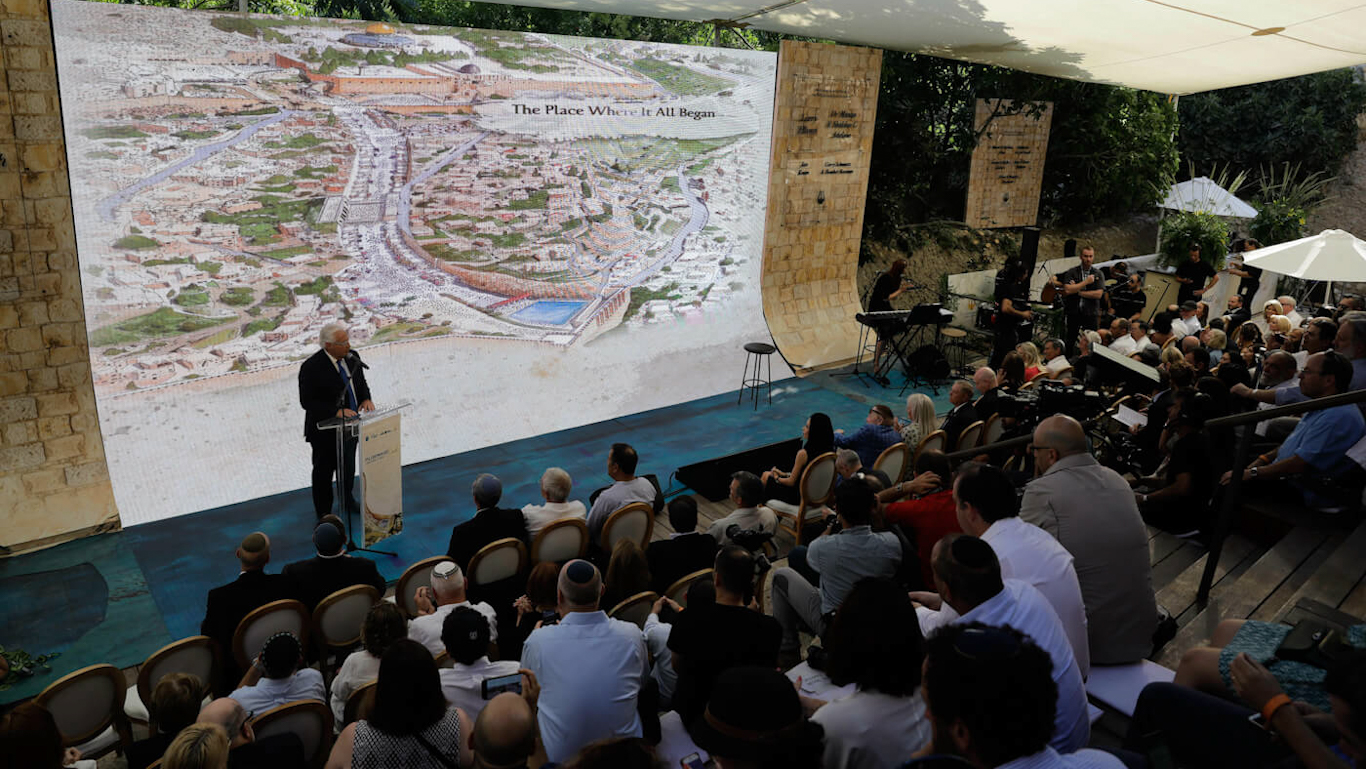 Claiming “science” as their reason and in total disregard for the wellbeing of the population, tunnels are dug under Palestinian homes in Silwan, destroying foundations and forcing residents to flee.

Wadi Hilweh, also known as Silwan, is a lovely, ancient town that sits in the valley directly below the Al-Aqsa compound, just outside the Old City of Jerusalem. Sadly, on any given day in this ancient valley, one can see ongoing ethnic cleansing, violence incited by Israeli settlers and the erasure of history, all at the same time and in broad daylight.

Because of its proximity to the Old City, Silwan has been subjected to a brutal assault by the Israeli government, the municipality of Jerusalem, and particularly the non-profit organizations Elad and Ateret Cohanim, which subsidize the violence, the destruction of Palestinian heritage and finance the building of Jewish settlements in East Jerusalem.

Throughout its long history, Silwan has seen many cultures and conquerors come and go, leaving their marks and making this valley unique. Since the Zionist occupation of East Jerusalem began, the valley has become an excavation site, but not for the preservation or discovery of the wealth of history and archeology it contains, but rather for what it does not.

Zionist archeologists dig in Wadi Hilwe to validate their narrative, ignoring and even destroying everything else. They claim that there was a Hebrew King by the name of David who ruled in ancient Jerusalem and that the ancient city where he ruled sits under the homes of the people of Silwan. Although no historical proof exists that King David ever lived, the homes of the people of the valley are being destroyed because Israel wants the world to believe that he did. Claiming “science” as their reason, and in total disregard for the wellbeing of the population, tunnels are dug under the homes in Silwan, destroying their foundations and forcing people to leave their homes. One particular tunnel was made famous when the U.S. Ambassador David Friedman, participated in the digging and destruction.

The excavation is funded mostly through the Elad Foundation, whose money, according to Ha’aretz, “came from companies registered in global tax shelters like the Bahamas, the Virgin Islands and the Seychelles, and it is unclear who controls them.”

A recent piece published by the pro-Israeli think tank, The Washington Institute for Near East Policy, described Silwan as “small, hilly, poor, and densely packed.” However, this description is deceptive. Silwan is not small, with over fifty-thousand residents. Starting just below the Al-Aqsa sanctuary in the Old City, it stretches down the valley and up the opposite hill to Jabel Mukaber, offering stunning views of the valley and the Old City. This Sept. 9, 2019 photo, shows a view of the east Jerusalem neighborhood of Silwan. Mahmoud Illean | AP

If Silwan is poor, it is largely due to the fact that tour guides are instructed to warn tourists not to purchase from the “Arabs.” Furthermore, since the establishment of the “The City of David” archaeological park, tourists, some 400,000 of them each year according to Silwan Information Center, stop at the Israeli site which perpetuates the false narrative but never venture down into the town itself to see the countless historical and cultural treasures within it.

According to the Silwan Information Center, Silwan suffers from the negligence of the Jerusalem municipality concerning the village’s needs, “The village remains without infrastructure – residential, educational or economic – and since the occupation of Jerusalem the occupying forces have not granted any building permits for apartments or residential buildings in the Wadi Hilweh neighborhood.”

The Washington Institute for Near East Policy goes on to say that Silwan, “has at times been a flashpoint of Jewish and Palestinian activism and tension.” I visit Silwan often. It is uniquely placed and beautiful and the Wadi Hilweh Information center with its many activities is a good place to visit and talk to people who live in the valley. However, though tension clearly exists, it is not due to “Jewish and Palestinian activism. It is because Israeli settlers have spread throughout the valley bringing violence and hostility towards the native residents.

The Israeli settlers, the police, and the private militia that work for the settlers create fully justified resentment among the people of Silwan, resentment that often erupts in the form of protests and often results in the arrest and killing of young Palestinians. Add to that the ongoing destruction of Palestinian homes by the Israeli authorities and you have yourself a real disaster area. In addition to all of the above, Palestinians are prevented from burying their dead at the ancient Muslim cemetery just above Silwan. The Bab al-Rahmah Islamic cemetery sits outside of the eastern walls of the Old City and Palestinian residents of Silwan have buried their dead there for over 1000 years. Israeli authorities confiscated the graveyard by integrating it into the “Jerusalem Walls (City of David) National Park.”

According to the International Middle East Center, “The Jerusalem municipality is well known for classifying Palestinian areas as national parks to wrest control over more territory.” Furthermore, “The area of Bab al-Rahmah is crucial to Israeli settlement plans, which aim to link four concentric circles of settlements, starting with the Old City, followed by the “Holy Basin” (Silwan, Sheikh Jarrah, a-Tur, Mount Zion, and the Kidron Valley), Jerusalem’s annexation border, and finally the West Bank.”

In 1881, some thirty Jewish families left Yemen for the Holy Land. For several years, these impoverished Jews had no permanent residence, until, in 1884, they had settled into new stone houses at the south end of Silwan. The homes were built for them by a Jewish charity called “Ezrat Nidahim.” There they remained until in 1936 when the Palestinian uprising began, at which time they were moved by the Zionist authorities into the Jewish Quarter of the Old City.

During the 1948 Zionist campaign of ethnic cleansing of Palestine, all Palestinians residing in West Jerusalem were forced to leave, their homes and properties were taken by the Zionists and their private belongings looted by Zionist soldiers. In a battle that took place over the Old City, the Arab Legion of the Transjordan defeated the Zionist forces and all the Jews who resided there were evacuated. Homes built by the Ezrat Nidahim on the outskirts of Silwan for Yemenite Jews circa 1880. Photo | Public Domain

For many years, Ateret Cohanim had been trying to evict Palestinians who lived in the part of Silwan where the Jewish Yemeni community resided. According to a report by Silwan Information Center, in January of 2020 an Israeli court “issued a decision to evict the building of Naser Rajabi family in Batn Al-Hawa neighborhood in Silwan, in favor of “Ateret Cohanim” settlement association, on the pretext that Jews owned the land on which the building was built in 1948.”

The report further states that this is part of a plan by Ateret Cohanim to control 5,200 square meters of the Central Neighborhood called Batn Al-Hawa, claiming that “Jews from Yemen owned the land since 1881.” The residents of Silwan pointed out to the court that they had “lived in the neighborhood for decades, and possess proof of purchase for the land and property.” The court decided in favor of the Jewish settlers.

The  Washington Institute for Near East Policy claims that “attitudes in Silwan are exceptionally militant.” It cites as an example, that locals were asked if they agree with the sentence: “I hope someday we can be friends with Israelis, since we are all human beings after all.” “In Silwan,” the report declares, “a mere 4% agree, compared with 90% who “strongly” disagree.” Considering what Israel does to the people of Silwan, those figures are hardly shocking. But contrary to the point made by the Washington Institute for Near East Policy, the militancy has been overwhelmingly on the Israeli side.

Feature photo | U.S. Ambassador to Israel David Friedman talks during the opening of an “ancient road” that cuts through the Palestinian neighborhood of Silwan. Tsafrir Abayov | AP

Miko Peled is an author and human rights activist born in Jerusalem. He is the author of “The General’s Son. Journey of an Israeli in Palestine,” and “Injustice, the Story of the Holy Land Foundation Five.”