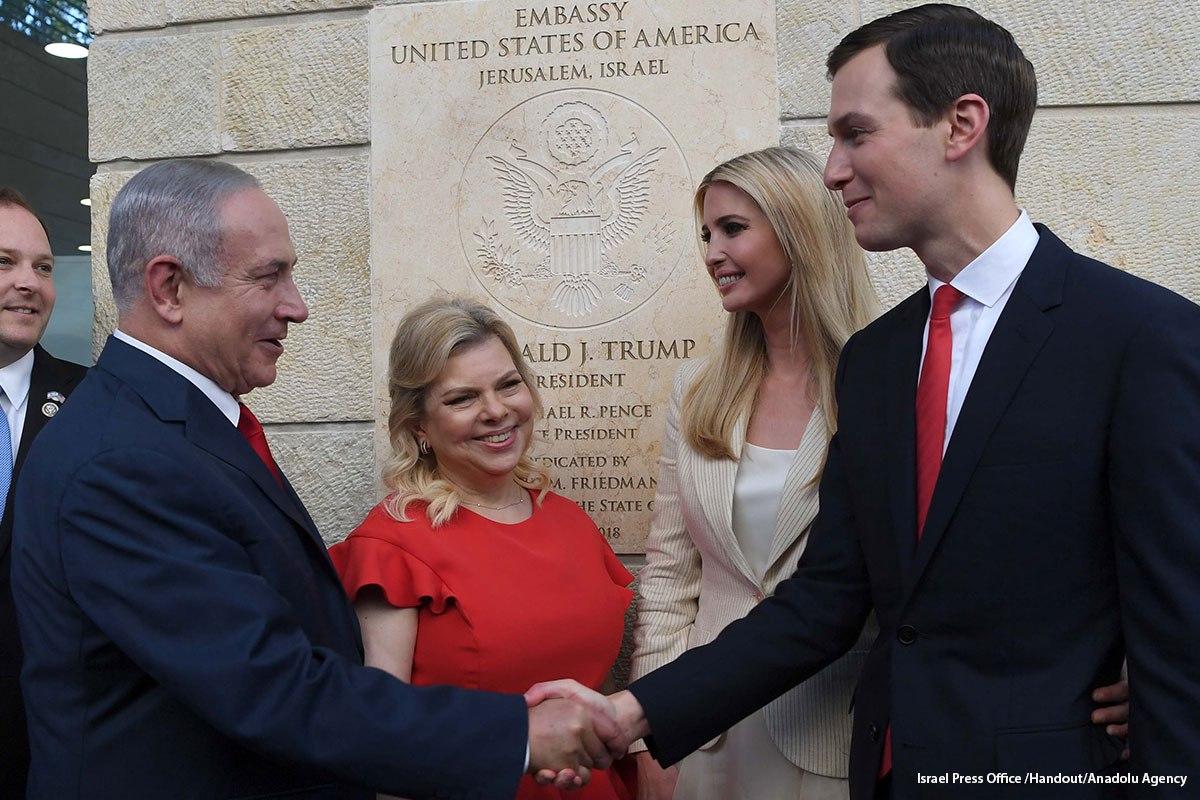 It was a revealing and quite intersecting interview that Jared Kushner had with Jonathan Swan on Axios on HBO aired a week ago. Sawn asked Kushner a few direct questions on his mission as advisor on the Middle East peace negotiations

When Swan asked him if he understands why Palestinians do not trust him, and might not want to talk to him, he simply replied that he doesn’t need their trust: “Look, I am not here to be trusted.” Swan reminded him that he is a businessman, and he should try to see things from the Palestinian point of view, as successful businessmen usually do. The journalist then mentioned reasons why Palestinian would not trust the American team: “You’ve got three orthodox Jews on the negotiating team. Two of you have at different points funded settlements; Jewish settlements in the West Bank. You’ve got the actions taken so far, moving the US embassy in Israel to Jerusalem. You’ve cut all aid to Palestinians, including hospitals in East Jerusalem. And you shut down the Palestinian diplomatic office in Washington. I mean, can you not see why they might not want to talk to you and they might not trust you?”

Taking the question to a higher level, Peter Beinart, professor at Newmark School of Journalism (CUNY), commented on the interview saying: “Imagine if Malia Obama had converted to Islam and married a devout Palestinian Muslim, who Barack Obama then put in charge of the Israeli-Palestinian conflict. You can’t even imagine it, can you?” 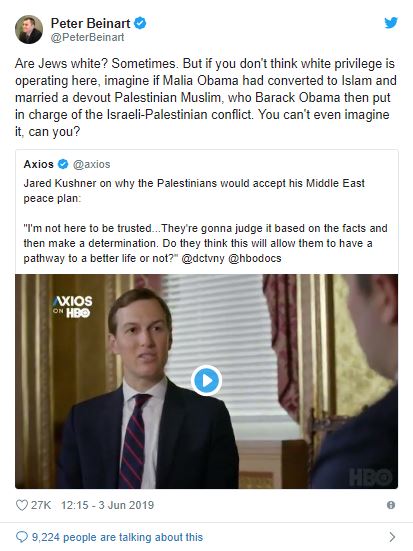 Here a tweet by a Daniel Seidmann summarised Kushner’s position: “For Kushner et.al., Israelis have rights, Palestinians have needs. Rights are inalienable. Needs are fulfilled in reward for “good behaviour”, a function of the magnanimity of “the enlightened”. Waive your dignity and freedom and we’ll reward you materially.”

According to the US administration’s assertions, when the Palestinian people see the money Kushner will bring them, they will understand they were mistaken and they will accept whatever is offered to them, and they will forget about the collective punishment Kushner and his administration is practicing against them. After all, easing the Israeli occupation’s effects on Palestinian lives with American aid, is not an entitlement.

Moreover, they should wait under Israeli occupation and subjugation until they become fit for self-governance. To this, Member of PLO Executive Committee Hanan Ashrawi responded: “@jaredkushner’s questioning the Palestinian people’s ability to govern themselves & putting us on probation to prove that we deserve our right to freedom betray a blatantly condescending, racist & colonial mentality. It’s also a false justification of Israel’s continued occupation.”

The idea that, it is not international law nor the United Nations resolutions but the president of the United States of America who decides what is lawful and legitimate in this world, was stressed in Kushner’s last visit to Benjamin Netanyahu. In an act of complete disregard to the international community, Kushner presented Netanyahu a new map of Israel that includes the occupied Syrian Golan Heights, signed by Donald Trump. A few days after Kushner’s visit, the Israeli prime minister referred to the occupied West Bank as having been “liberated” in 1967, and vowed to remain there forever. Many saw Trump’s map as a comforting gesture after Netanyahu failed to form a government and snap elections were called in September that might represent the end of his political future. This is a very significant political development which has great impact on the region.

Netanyahu’s absence or engagement in the elections will most likely lead to a full collapse of Kushner’s “peace mission” in the Middle East. The Washington Post reported that US Secretary of State Mike Pompeo said the Trump administration’s Mideast plan could be “unexecutable” and “may be rejected”.

Kushner as a Colonial Administrator: Let’s Talk About the ‘Israeli Model’

If Netanyahu faces indictment next October, and Trump is to be completely consumed with upcoming presidential elections, how would this situation affect Netanyahu’s and Kushner’s alliance with what is known in the Arab world as the “Counter Revolution Camp” (Egypt’s Abdel Fattah Al-Sisi, UAE Crown Prince Muhammad Bin Zayed and Saudi Crown Prince Muhammad Bin Salman), and to what extent it will impede their plans in Algeria, Tunisia, Libya, Egypt, Syria and Yemen?

Kushner’s fate might have already been decided, after he failed to accomplish any of his tasks. Three years of promises and broken promises, and crimes, yet there have been no results.