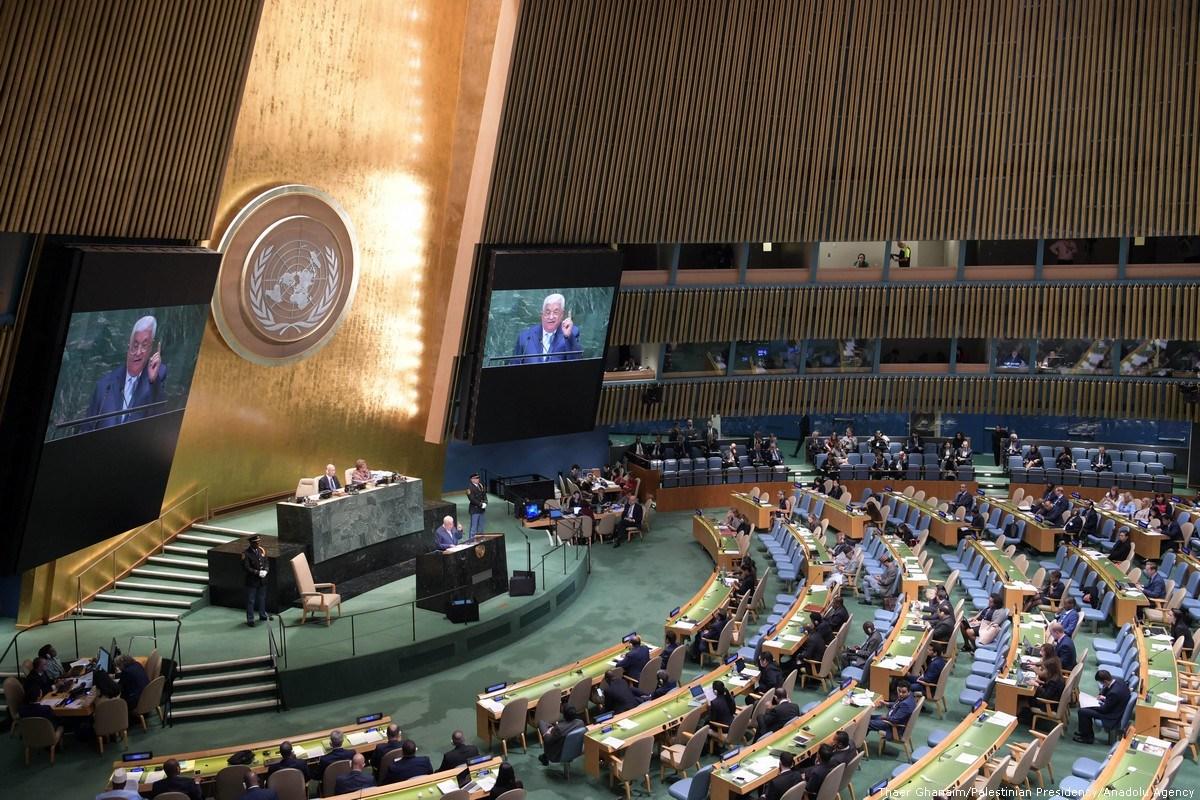 “What would you do if someone tried to take the land of your country and how would you react,” Abbas told the UN General Assembly.

“The international community should uphold its responsibilities to bring an end to this aggression and arrogance,” he said. “It is time to implement the resolution adopted by you, otherwise all these resolutions are pointless.”

Palestine will not surrender to Israel’s occupation, he said, and he expects the UN to implement just one resolution out of many taken on Palestine.

Abbas said Palestine is a “constructive player” in the international community, and deserves to be a full member of the UN and all its bodies.

“Jerusalem will always remain the eternal capital of Palestine regardless of any schemes and actions,” he said and reiterated his support for a two-state solution.

Israeli occupation will inevitably end and Palestine will continue to call for respect to its rights, he said.