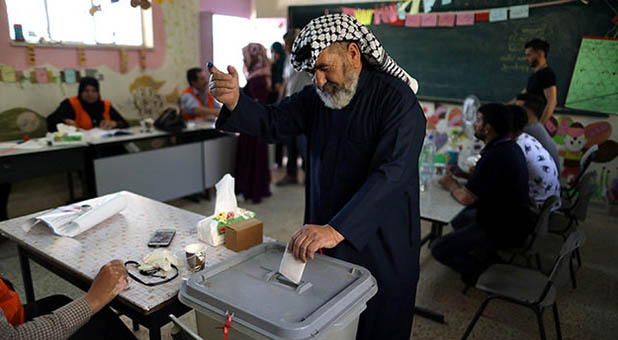 It is abundantly clear that Palestinian Authority President, Mahmoud Abbas, has underestimated the seriousness of the challenges facing Palestine and the Palestinians.

The rushed agreement between his party, Fatah and Hamas in Istanbul on September 24, and the Palestinian leader’s speech at the 75th session of the UN General Assembly the following day, indicate that the Palestinian leadership insists on operating within the stifling confines of the Oslo accords and the dead-end road of the ‘peace process’.

Abbas has spent most of his political career mastering an intricate balancing act, one that would allow him to remain the favored leader of Palestinians – to the West – while legitimizing his rule among ordinary Palestinians through a system of political patronage – itself subsidized by US-led international funders.

The outcome worked well for Abbas and a clique of Palestinians who became rich because of their ties to Abbas’ Authority, but bode terribly for the Palestinian people.

For a quarter of a century, particularly since the establishment of the PA in 1994, the Palestinian cause has subsisted in its darkest and most demoralizing periods, one that is defined by extreme Israeli violence, rapid expansion of the illegal Jewish settlements, unhindered corruption among Palestine’s political elite and unprecedented disunity among Palestinians everywhere.

The PA’s scheme would have continued longer, were it not for US President Donald Trump’s decision to disengage from his predecessors’ previous strategies in the Middle East – foremost among them, the fruitless ‘peace process’.

However, it was not the Trump administration that opted for an American retreat from the Middle East, in general, and Palestine, in particular. Trump merely accelerated what was becoming the new American foreign policy doctrine. During the two terms of former President Barack Obama, Palestine featured fleetingly in US calculations: in the early months, and again, when the ‘lame duck’ administration refrained, in December 2016, from vetoing UN Security Council Resolution 2334, which condemned Israel’s illegal Jewish settlements.

For many years, the ‘peace process’ existed nominally. On the ground, the Oslo accords were transformed to that of technical security and financial arrangements between the PA’s upper echelon and the Israeli government.

When, in February 2019, Washington decided to cease its financial assistance to the Palestinian leadership, Abbas and the PA understood this decision as a political declaration that Washington and Tel Aviv no longer saw their ‘moderate’ Palestinian allies as assets.

Bewildered by the abrupt American policy shift, Abbas sought alternatives. Instead of offering an unconditional apology to the Palestinian people for his leadership’s corruption,  his personal failures, the factionalism and the squandered opportunities to unify Palestinians around a new national liberation strategy – one fueled by popular resistance and global solidarity – Abbas continued with the same old discourse, unhindered.

At his UN speech on Friday, Abbas insisted on referencing the peace process calling, again, for an international peace conference, among other fantasies.  Abbas’ references are both outdated and unfeasible, for Washington is now turning to a new phase, one that is predicated on the complete disregard of international law and the de facto acceptance of Israel’s colonialism and occupation.

Aside from appealing to Western sensibilities, another crucial element in the PA’s new balancing act is to reinvent itself among ordinary Palestinians who, for decades, have felt abandoned and leaderless.

In his UN speech, Abbas labored to rebrand himself to these two different target audiences. “We will continue creating life and hope under the flag of national unity and democracy,” he said, adding “We will remain faithful to peace, justice, human and national dignity under all circumstances.”

In fact, Abbas has neither committed to democracy nor to Palestinian unity. He is currently unelected as his presidential mandate expired in 2009, and never in his 15-year rule did he earnestly opt for inclusion or unity among his people.

The latest episode of the ‘unity’ saga took place in Istanbul on September 24. Despite the triumphant speeches afterwards, this too, seemed like a mere self-serving exercise.

The expeditious declaration that rivals Fatah and Hamas are finally ready for democratic elections, is a cunning but, ultimately, futile initiative. The agreement will buy Abbas   time to promote himself as a political moderate, although free and democratic elections can never be held under occupation.

During Palestine’s first elections in 1996, Israel barred Jerusalemites from participating, merely agreeing to very limited votes in areas located on the outskirts of the city, and only through the post office. It is unthinkable that Israel will allow for a mass Palestinian vote in Jerusalem now that Washington has fully recognized the city as Israel’s capital.

What about Palestinians living in Areas B and C, which are, more or less, under total Israeli military control? Will they be included in the vote? What about Palestinians trapped behind the Israeli apartheid wall in the West Bank? In the ‘firing zones’? Or those isolated in small pockets in the Jordan Valley, etc.?

Democratic elections are ideal under circumstances where a nation has true sovereignty, legal and political jurisdiction, and territorial control. The PA has none of this.

Moreover, insisting on elections, which, even if possible, will merely lead to the overhaul of the Palestinian Authority, is equivalent to sustaining the many illusions of Oslo and its adjoining ‘peace process’.

While Oslo failed Palestinians entirely, it was useful for Israel as it brought to an unceremonious end the entire Palestinian national liberation project, in favor of a ‘state-building’ program that had no tangible basis in reality. If serious in its intentions, the Palestinian leadership must demolish, not sustain the status quo.

Even successful elections within the Oslo framework would further divert Palestinian energies from their liberation project in favor of another political dead end, that will only protect the ‘gains’ of Palestine’s ruling elites, while selling more false hope that the coveted peace is still at hand to ordinary Palestinians.

Ramzy Baroud is a journalist and the Editor of The Palestine Chronicle. He is the author of five books. His latest is “These Chains Will Be Broken: Palestinian Stories of Struggle and Defiance in Israeli Prisons”. Dr. Baroud is a Non-resident Senior Research Fellow at the Center for Islam and Global Affairs (CIGA), Istanbul Zaim University (IZU).