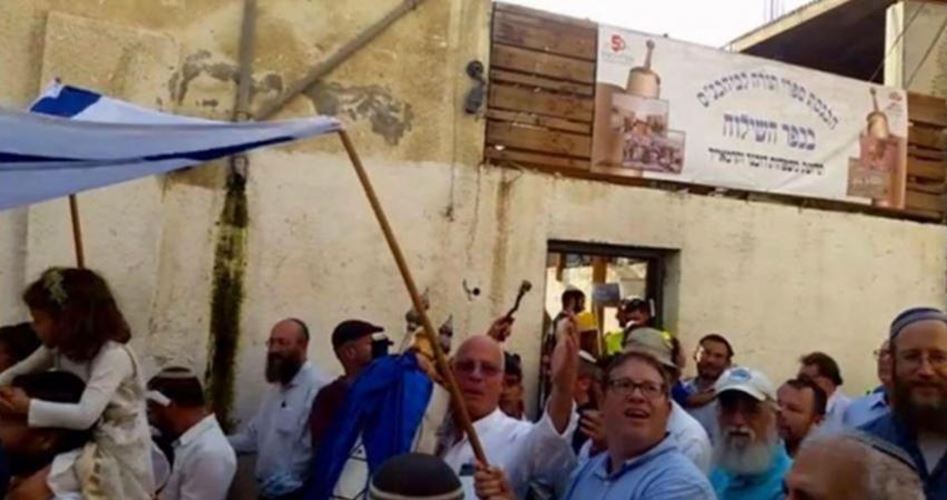 The Wadi Hilweh Information Center said that dozens of masked Israeli policemen and settlers stormed the Wadi Hilweh neighborhood, closed the entrance to the Al-Fakhouri yard with a truck and prevented locals from approaching the area. They took control of a house after entering it from its main door, as the residents weren’t inside.

The center added that about 20 settlers raided the Wadi Hilweh neighborhood and were deployed in several settlement outposts. After midnight, they broke into the house with the support of the police.

It pointed out that the building consists of two floors, with a total area of 160 square meters. This outpost is the first in the al-Fakhouri yard.

On Wednesday, the Israeli police installed surveillance cameras at the entrance to the neighborhood.