The apartheid deal of the century 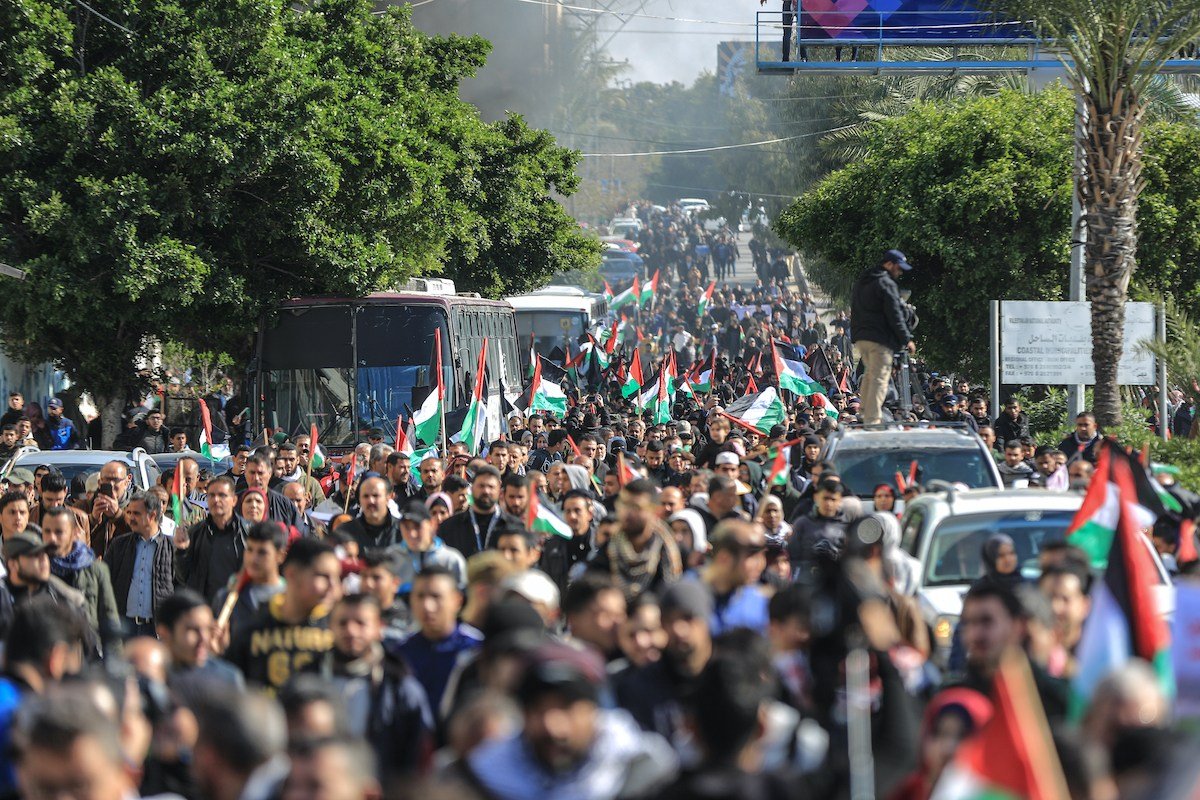 The Trump “deal of the century” is nothing if not predictable. The product of a small group of Orthodox Jewish Americans willingly adopting the long-standing plans of the Israeli right, it merely reaffirms what Israeli policy has in fact done “on the ground” over the past 53 years. In fact, we in the Israeli Committee Against House Demolitions (ICAHD) made a map 15 years ago that corresponds closely to Trump’s map. Once we knew the route of the Separation Wall, the Apartheid Wall, it was easy to draw the map that would eventually emerge. (See the maps below: the “two-state solution” on the left, the ICAHD map of 2005 in the centre, Trump’s Plan on the right.) 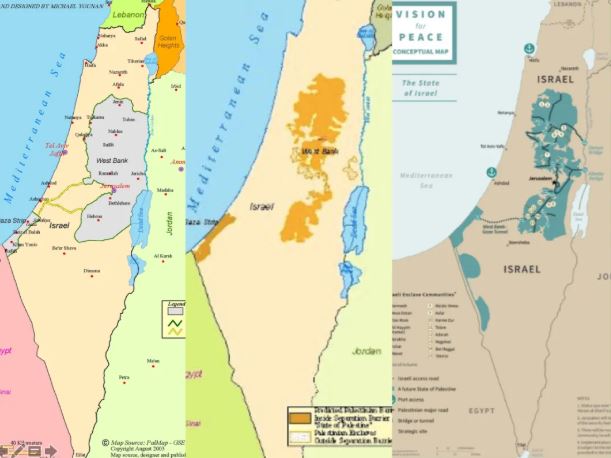 Needless to say, the plan is a non-starter. Rather than even a mini-state on 22 per cent of historic Palestine as proposed in the two-state option, the Palestinians – who are both the indigenous and the majority population in the country – will have to do with only 15 per cent of their country, and that truncated into four cantons: three in the West Bank separated by Israeli settlements, and Gaza. The “refugee problem” will be solved by denying them the right to return to their homeland, or to somehow squeeze the 5-6 million strong refugee population to the tiny enclaves of the Palestinian “state”. Few, if any, of the 700,000 Israeli settlers in the OPT will be removed, nor will the matrix of control of massive settlement blocks, highways and military bases be dismantled.

While Israel expands from 78-85 per cent of the country, the Palestinians are left with a sterile bantustan: no contiguous territory, no border with the Arab states, no control over water or other vital resources, loss of Jerusalem as a religious, cultural and political center, not to mention its loss as a tourist site – economically non-viable patches of barren land, whether you call it a state or a prison.

Israel, of course, continues to rule the entire country militarily, the Palestinians bereft not only of an armed force but even of the right of defending themselves, any opposition to Israeli repression being characterised by Trump (following Israel) as “terrorism”. He spent a lot of time, as Netanyahu does, condemning Palestinian terrorism and demanding security for Israelis, without mentioning Israeli state terror that has killed, maimed and terrorised the Palestinian public for over five decades. (Israel has, among other crimes, demolished about 130,000 Palestine homes since 1948, 55,000 in the OPT since 1967.) If anything, Trump’s Plan should have guaranteed the Palestinians their security.

Trump also threatened the Palestinians that if they did not accept his plan in four years, Israel would be allowed to build settlements in the land they would have received.

One item that was missed because it was raised by Netanyahu and not Trump: before any negotiations, the Palestinians must recognise Israel as a Jewish state, a demand that goes beyond the mere recognition of Israel by Arafat in the Oslo process. This not only prejudices the civil rights of the 25-30 per cent of Israelis who are not Jewish, but forces the Palestinians to legitimise Jewish colonial claims over their country.

There is one silver thread to Trump’s Plan: it puts to bed once and for all the “two-state solution” that Israel never intended to implement and which it buried under its settlements decades ago. For Zionism never considered itself in a “conflict” with the Palestinians. As the native people, they were irrelevant to the Zionists’ goal of judaising the country, of turning an Arab country into a Jewish one. They had to be displaced or confined or eliminated, but they were not a side” in a “conflict” with national rights equal to those of the Jews.

Trump’s plan – which is actually Netanyahu’s plan (and agreed upon Gantz and 95 out of the 120 members of Israel’s parliament) – simply recognises the judaisation of Palestine begun 125 years ago, and gives the green light to completing it. Zionism is a settler colonial project. It can only be ended by a process of decolonisation – not merely “ending the occupation”, but ending the colonisation of the entire country and bringing the refugees back home. Transforming the one apartheid state created by Israel and given political legitimisation by Trump into a single democracy of equal rights for all its citizens is the task before us all.

This is urgent, and it demands Palestinian leadership beyond the bankrupt collaborationist policies of the Palestinian Authority. A new national leadership must emerge, and it must see its critical Israeli allies as crucial to our joint struggle against colonialism. That is what the Trump Plan imparts to us.