Twice refugees: Palestinians in Jerusalem at imminent risk of losing their homes to Israeli settlers 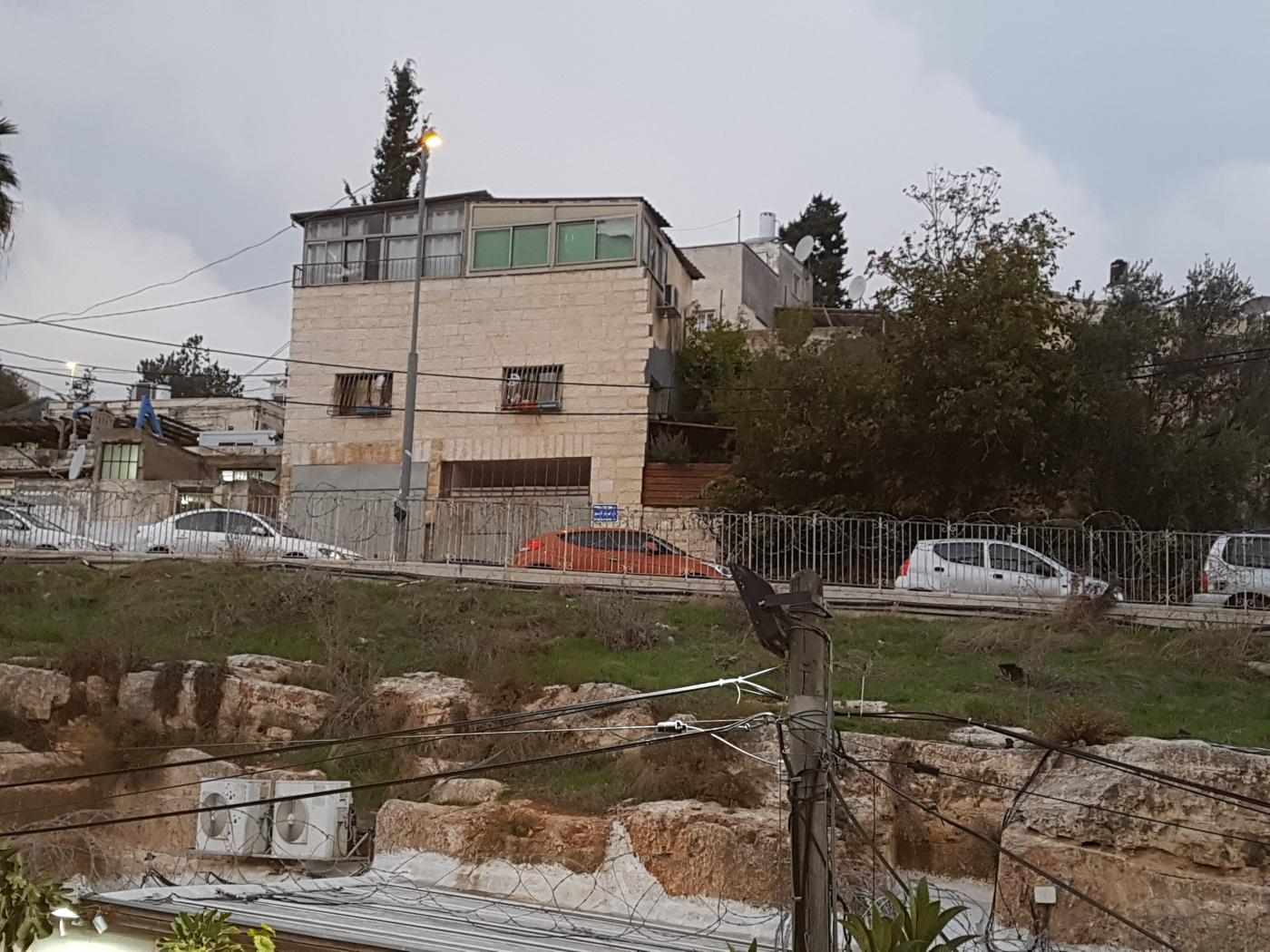 Once displaced by the 1948 Nakba, Palestinian families of a historic district in Occupied East Jerusalem are on the brink of eviction after losing lengthy legal battles with Israeli courts

In a white envelope, Muhammed al-Sabbagh has the stack of documents he submitted to an Israeli court to appeal against the decision to evict him from his home in the Karm al-Jaouni neighbourhood of Occupied East Jerusalem.

The 71-year-old refugee, who has been living in his home in the Sheikh Jarrah district for more than 64 years, first inhabited the house in 1956, nearly eight years after he had been expelled with his family from Jaffa during the Palestinian Nakba (catastrophe) of 1948.

Seventy-two years after the Nakba, Sabbagh knew that he would be expelled from his home again when he received an eviction order at the beginning of 2019.

Although his lawyers could freeze the decision until last September, he and 31 of his family members are threatened with becoming homeless this winter.

On 3 November, Sabbagh received a new order whereby the Israeli Magistrates' Court gave him and his family a few days' notice, until 24 November, to leave the house for Israeli settlers.

Although he only received the eviction order in 2019, Sabbagh had known years ago that he would be expelled from his home one day, since the Sheikh Jarrah district, where his house is located, is adjacent to the Muslim holy site of the al-Aqsa Mosque and the old city.

According to Sabbagh’s family, Israeli authorities routinely work to evict Palestinians from neighbourhoods that surround the old city and replace them with Israeli settlers.

“I know that the Israeli court will not do justice to me. They will not be on my side against Israeli settlers,” Sabbagh told Middle East Eye on Monday.

“But I will fight until the very end to protect my home where I grew up, the only safe haven for me and my family.” 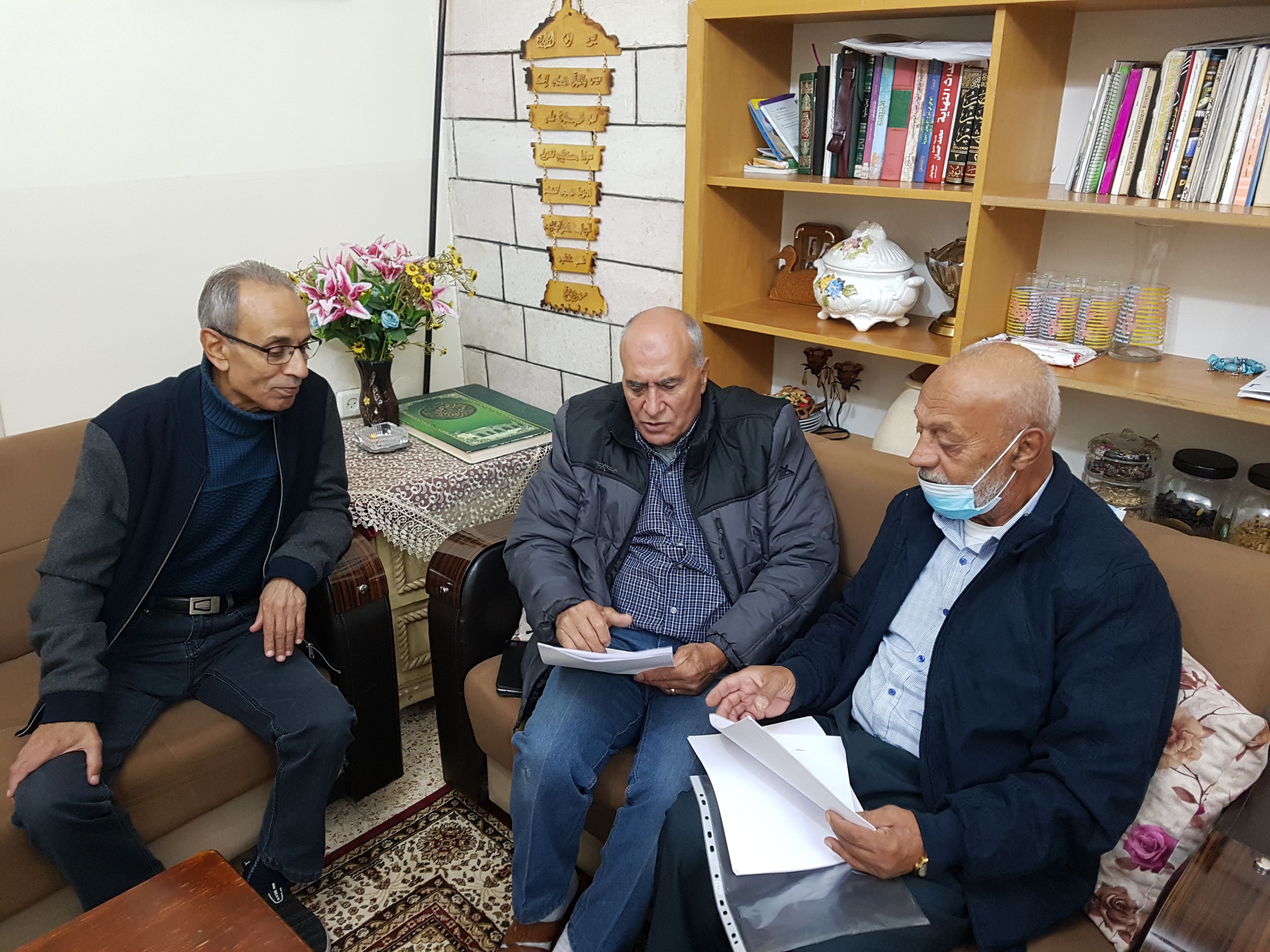 The court order was based on settler associations’ claims that the Palestinian families living in the Sheikh Jarrah district “stole the land” during the Jordanian rule of Jerusalem (1948-67).

According to Sabbagh, Israeli authorities expelled the first family from the Sheikh Jarrah district in 2008, leaving it homeless for a long time before they left the neighbourhood and rented another house.

Since then, Sabbagh and the other residents have been reaching out to human rights organisations and local courts to appeal against multiple eviction orders.

Sami Ershid, the lawyer of the Palestinian families in the Karm al-Jaouni neighbourhood, said that all the families living there were refugees.

“Following the Palestinian Nakba, the government of Jordan collaborated with UNRWA to resettle Palestinian refugees in the 1950s in exchange for them giving up their rights as refugees.” he said. “Thus, housing units were built for 28 families, and the government of Jordan contracted with them to pay their houses’ rent for a period of three years, and then the houses would become their property.”

However, after the Israeli occupation of Jerusalem in 1967, two Jewish committees registered their ownership of the 18-dunum (1.8-hectare) land at the Land Department in 1972, without notifying the residents, according to Ershid.

“The committees then started to call on the residents to evict their homes, claiming that they have no rights to own them,” he continued.

The Sabbagh and Hammad families filed a lawsuit to urge the court to consider their ownership of the land, claiming that the “settlers’ registration of their ownership was fraud and forgery” and that the families had the right to own the land and the houses based on agreements with the Jordanian government.

The court refused to hear the case, claiming that the residents should have reached out to the court at least 15 years before.

‘From here to my grave’

Sabbagh’s sister-in-law, Hedaya, 62, said that since the family had received the eviction order, she had been unable to sleep, fearing that the Israeli forces would break in and expel them from the house.

“I try to get some sleep every night, but I cannot sleep for more than two hours. I am always afraid Israeli settlers and special forces would break in my house,” she told MEE. “[If this happens], I will tell them: ‘kill me and take me from here to my grave, because I cannot live in any other place.”

Living adjacent to the Sabbaghs are the Skafi family, who also received an eviction order, along with three other families, and incurred a fine of 70,000 Shekel ($20,710) for losing the case filed to appeal against the decision.

On the way from the Sabbagh house to the Skafis', the residents meet settler guards, who wander the streets at night to observe the surroundings of the Israeli outposts.

Abdulfattah Skafi told MEE that Israeli settlers who lived next door to him, in a house evicted of its Palestinian occupants, harassed them by throwing loud parties late at night and calling the police on them for no reason.

“They have infiltrated us to the extent that when we open our windows, we see them right in front of us,” Skafi said. “Whenever our children pass by them, they trigger problems and call the police who definitely are on their side. But despite all these restrictions, we refuse to evict [our homes].”

Skafi, who filed an appeal against the eviction order along with his Palestinian neighbours, decided that if the Israeli authorities forced him to leave his home, he would seek refuge, along with his wife, in the Bab al-Rahma cemetery of Jerusalem, and “sleep on our graves until we die and then get buried there”.

But despite his strong belief that they would be forcibly expelled one day, Skafi and 13 of his family members insist on taking care of the garden’s plants every day.

‘Back to homeless life’

Skafi’s neighbour, Aref Hammad, has also been threatened with eviction since the 1970s, after Israeli settlers filed a lawsuit against him and the al-Hussaini, Gusha, and Ayoubi families, claiming that they stole the land during the Jordanian rule of Jerusalem.

Last September, Hammad’s family, along with many of their neighbours, received eviction orders to leave their homes for Israeli settlers. The Magistrates' Court gave them a year to implement the order, in addition to fining each family of $8,875.

Hammad’s family are also refugees from occupied Jaffa, who were expelled from their home in 1948 and lived for years in a parking lot. 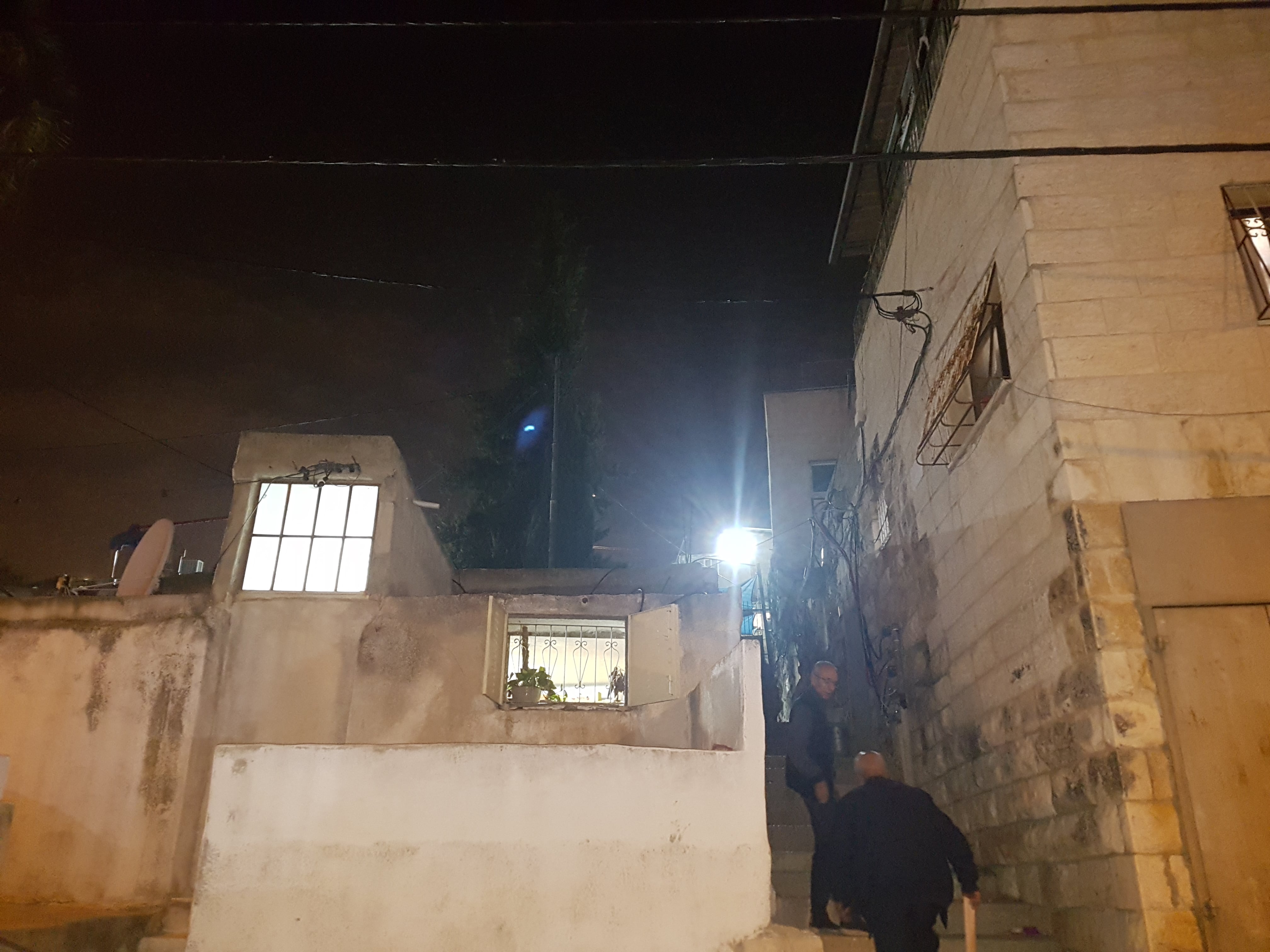 But when they heard that housing units would be built for 28 Palestinian families in exchange for giving up their UNRWA refugee document, which would forfeit their right as refugees, they agreed in search of security, and inhabited their home in 1956.

“We gave up our right to food, education and health and lost our refugee card in exchange for this place that we are losing today,” Hammad told MEE. “We thought that the home’s warmth would compensate us for our journey of refuge that lasted for years in the streets, but it seems like we will be back to the homeless life again.”

According to Hammad, 160 individuals, including 46 children of 12 families, have recently received eviction orders. The families threatened with eviction are part of 28 refugee families (600 individuals) living in the Karm al-Jaouni neighbourhood in the Skeikh Jarrah.

While the first Israeli settler family inhabited a house in the district in 2008, Hammad says that there are 12 Israeli families living there now.

On their rooftop, Hammad’s family watches dozens of Israeli settlers performing Talmudic prayers in front of their home, a daily scene that Hammad says “does not stop”.

The Jewish extremists claim that a sacred shrine belonging to Shimeon al-Siddiq (founder of the Israelite Tribe of Simeon) is located in the heart of the Karm al-Jaouni district. Residents refute this claim, asserting that the shrine is Islamic, and known as the saint Saad al-Din Hijazi, who was buried there 400 years ago, and that “Ottoman maps” prove their narrative.

Ershid, the family’s lawyer, told MEE that despite the time, effort and money spent on this issue by the Palestinian families in Sheikh Jarrah, “their future will not be bright”.

“For years, these [families] wake up thinking what the court will rule against them. They live a life completely devoid of stability, thinking when they will be forcibly expelled from their homes,” he said.

“The [Israeli] goal is clear: to create a new settler neighbourhood on the rubble of their homes.”