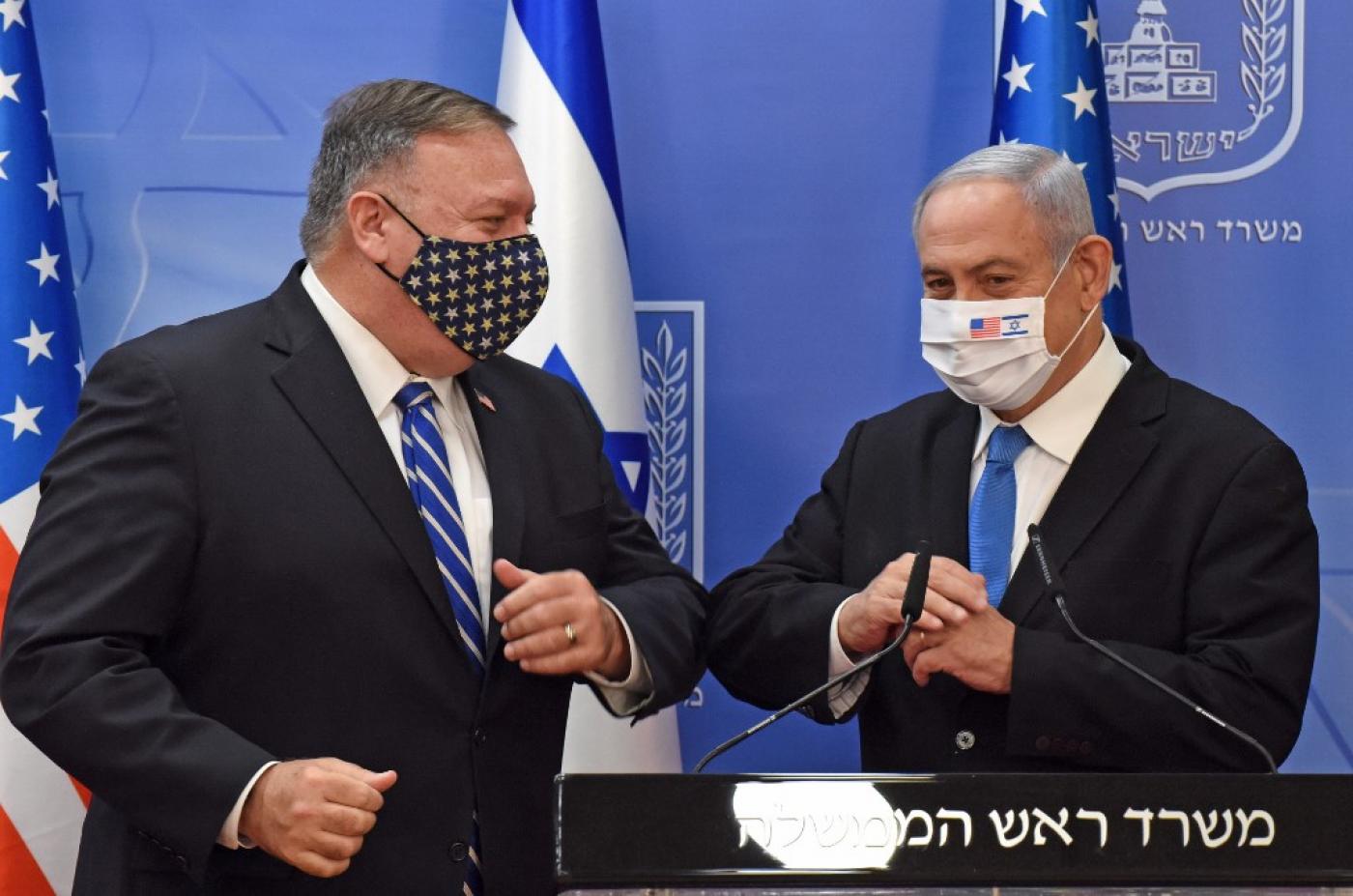 Pompeo visits Jerusalem as part of Middle East tour, with the UAE normalisation deal on top of the agenda

US Secretary of State Mike Pompeo said on Monday that Washington would ensure Israel’s military advantage in any future arms deals with the United Arab Emirates.

"The United States has a legal requirement with respect to qualitative military edge. We will continue to honour that," Pompeo told reporters, after a meeting with Prime Minister Benjamin Netanyahu in occupied Jerusalem.

Netanyahu, who had previously denied reports that the deal included provisions on future US arms sales to the UAE, said that Pompeo had reassured him that any future deals would not compromise Israeli military superiority in the region.

The UAE announced on 13 August that it had reached an unprecedented normalisation agreement with Israel, brokered by the US.

The deal has been denounced by Palestinians from across the political spectrum, who dismissed it as tantamount to “treason” and “a stab in the back”.

Monday’s comments came as Pompeo kicked off a Middle East tour that will also include visits to Sudan, the UAE and Bahrain.

According to a press release from the US Department of State, Pompeo will visit Sudan following Israel, and will meet with Prime Minister Abdalla Hamdok and Sovereign Council Chair General Abdel Fattah el-Burhan, “to discuss continued US support for the civilian-led transitional government and express support for deepening the Sudan-Israel relationship”.

He will then head to Manama to meet with Bahrain’s crown prince and conclude his trip in Abu Dhabi to discuss the normalisation agreement and other regional issues.

"I'm very hopeful that we will see other Arab nations join in this," he said in Jerusalem, standing next to the Israeli prime minister.

Netanyahu said the deal with the Emirates "was a boon to peace and regional stability".

"I think it heralds a new era where we could have other nations join," he added. "I hope we'll have good news in the future, maybe in the near future."

Speaking on CNN on Saturday, senior White House adviser Jared Kushner said the UAE "has been trying to get the F-35 [fighter jet] for a long time".

"This new peace agreement should increase the probability of them getting it. But it's something we're reviewing," he said.

Later on Monday, Israeli and Emirati health ministers discussed bilateral cooperation in a phone call, according to the WAM news agency.

During the call, the two officials discussed cooperation on pharmaceuticals, medical research and Covid-19.

A statement from Israel's health ministry added that they had agreed on "initial and immediate cooperation" in the health sector. The two countries would each appoint representatives and set up business delegations, the ministry said.

The countries would also work to create a student exchange programme once the coronavirus pandemic conditions allowed, it added.

Since the deal, the countries have signed a few agreements on technologies to fight the coronavirus. Several small-scale medical and defence collaborations were announced in the weeks preceding the normalisation agreement.