Will the next Palestinian elections take place? 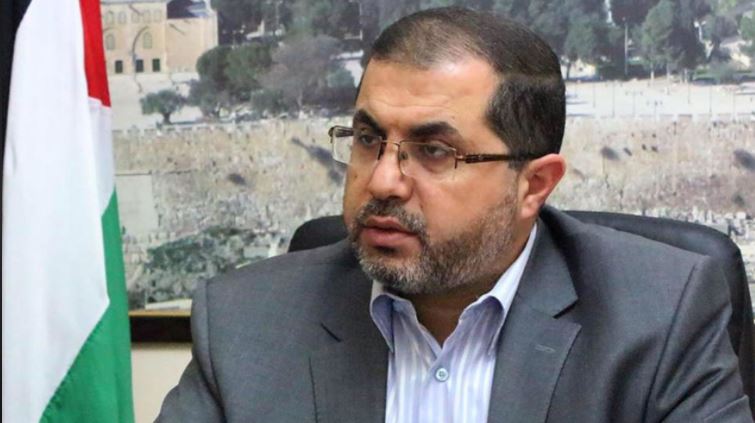 From day one of the Palestinian division, following the Palestinian elections in January 2006, the Palestinians have tried to search for a way out of the national impasse in which they were placed, following the rejection of the election results. Everyone locally, regionally and internationally witnessed that the electoral process was conducted in a democratic manner and with a high degree of freedom and integrity.

Unfortunately, however, the countries that encouraged the elections and supported  conducting them politically, logistically and engaged in overseeing them,  especially in the West, did not live up to the results, after Hamas won a large majority that enabled it to form the government and play a great role inside the Palestinian territories. Hamas ran the elections with a program that affirmed the right of the Palestinian people to resist in every way available, the non-recognition of the occupation state, and the need to fight rampant corruption in the governmental institutions.

It must be noted that Hamas participated in those elections out of faith in democracy, a firm approach to managing Palestinian affairs and the peaceful rotation of power, and it continues to emphasize these  every time and, in every forum, and to practice it at every single opportunity inside and outside the movement.

The United States, according to its Secretary of State at the time, Condoleezza Rice, threatened the Palestinian people before the elections and warned them against electing any organization that glorifies resistance and does not recognize the right of "Israel" to exist and does not accept previous agreements; conditions that were later called the “Quartet conditions”.

The Americans were able to impose their will on the entire international community, despite the many who rejected the unfair conditions or at least considered them an obstacle to any progress in resolving the conflict. Unfortunately, the international community imposed a blockade on the Palestinian people, in response to US pressure, causing the national crisis that we are living today; its most prominent manifestation is the division and the resulting human tragedies.

Later, most of the parties that imposed the blockade on our people, especially the Europeans, realized that rejecting the election results was a grave political mistake that complicated the scene. Indeed, the UN institutions considered the blockade illegal and inhumane and said that it must be lifted immediately and  unconditionally. Unfortunately, however, no one was able to overcome the American pressure and all were forced to develop mechanisms to institutionalize the blockade and codify it nationally, which made retreating this mistake difficult and complicated.

The Palestinians met in most capitals of the region for a dialogue in search of a way out. They met repeatedly in Cairo, Doha, Istanbul, Moscow and Beirut, even in Sanaa and Dakar. Thousands of hours of bilateral and collective dialogue, hundreds of papers and documents have been written, dozens of agreements signed, hoping to get out of the great impasse in which we are living  that has had dangerous repercussions on our national cause.

Everyone tried to find ways to end the division and achieve national unity in its comprehensive sense, but unfortunately these efforts failed, despite the very high prices we paid, and we still are, on the national and humanitarian level.

Each party may find an explanation or justification for this failure, but the external factor was certainly  the main reason for this, mainly the occupation and the Americans, as the occupation was the biggest beneficiary of the continuing division and the fragmentation of the Palestinian people, and therefore they used all tools to thwart the reconciliation efforts.

As for the Americans, in the framework of their vision that is largely identical to the Israeli position to resolve the conflict, which strips the Palestinians of most of the cards of power and tools for the struggle for freedom and independence, they formulated the Quartet conditions and imposed on the rest to abide by them, or they expose themselves to punishment.

Some insiders told me that the Cairo dialogues, shortly after the end of the devastating war on the Gaza Strip, in March 2009, in which all Palestinian factions participated, and over the course of a whole week, reached a comprehensive and nationally acceptable document to end the division, achieve unity and rebuild the PLO to represent all Palestinians.

But after it was presented to Mr. Mahmoud Abbas for approval, he requested that the Americans agree to its content, and as expected, the Americans rejected the document altogether, after it was presented to them, and everyone returned with nothing, to live new years of pain and heartbreak. The meetings were repeated and the play was repeated in one way or another, and the result was no different: big "No" to any Palestinian consensus or unity based on the inherent rights of our Palestinian people, which is primarily the lack of recognition of the legitimacy of the occupation and our right to resist it by all means available as guaranteed by the international law.

Accordingly, and to answer our basic question: will the next Palestinian elections take place? Yes, it is possible, but if the following conditions are met:

First, the official Palestinian leadership should determine  its options and leave the decision to the Palestinian people and their will, and neutralize the external factor, especially the Israeli and American ones, or at least not make it the basis for building its national strategies.

Second, the international community should decide to support and respect the entire democratic process, measures and results, and to express this in a clear and specific language that cannot be interpreted. Democracy is indivisible; you cannot accept a democracy suitable for the West even if it brings racists like Trump, and another a democracy for other peoples, even if it expresses the free and fair will of these peoples.

Third, the Americans should realize that continuing to try to impose leadership on the Palestinian people is unacceptable; it is doomed to failure if they try to choose a leadership that is commensurate with the criteria of the "Oslo Agreement", the agreement that failed to achieve any progress or political stability, but rather undermined  any future opportunity to solve the conflict fairly and permanently. What Mrs. Hillary Clinton mentioned in her memoirs that they (the Americans) made a mistake when they allowed the elections to take place in Palestine in 2006 without guaranteeing their results reflects racism and arrogance of the ruling political elite in the United States, which only caused more disasters and tragedies around the world, and greatly reduced the chances of security and stability at the international level.

All the attempts made in the past years, through sieges and wars, to falsify the will of the Palestinian people and to reshape the Palestinian leadership, based on the humanitarian needs of the people and the measures of the Israeli occupation, have ended and will fail.

They must be well aware that when the Palestinian people choose their leadership, they are a mature people, well aware of the intricacies of regional and international equations, and know well that they want to build a better future full of stability and prosperity.

Fourth, it is not proper to refer to the conditions of the Quartet, because they have exhausted their objectives and are no longer valid, and have been ineffective since their issuance. Is it reasonable to demand the Palestinians to renounce "violence" while they are the victims that defend themselves, their land and their sanctities, while the aggressor is not required to stop and renounce violence at a time when it possesses all kinds of weapons, including nuclear weapons, and practices annexation of lands, killing, displacement, demolition of homes, and the siege on a daily basis under the auspices of the international community?

Then what previous agreements are they asking the Palestinians to accept and respect? All Palestinian governments, including the government formed by Hamas, dealt with these agreements as a fait accompli and administered public affairs within their framework, and none of us as ministers refused to deal with these agreements to manage the daily life of our people and to take advantage of any opportunity to alleviate the suffering of our people, even we had to deal with the other party sometimes.

However, are these agreements still in effect after all the violations and abuses committed by the occupation, primarily the reoccupation of the West Bank in the Operation Defensive Shield in 2002, the construction of the apartheid wall, the massive expansion of settlements and grabbing most of the West Bank lands?

Will the occupation, for example, be required simultaneously to withdraw to positions of September 2000, i.e., before the start of the second intifada?

At the meeting of the General Secretaries in Ramallah - Beirut on September 4, 2020, all the national and Islamic factions finally agreed to an independent and fully sovereign Palestinian state on the borders of June 4, 1967, with the occupied Jerusalem as its capital, and to resolve the issue of refugees and their right to return to their homes from which were displaced including based on Resolution 194.

Fifth, Jerusalem is a red line, and no Palestinian citizen will accept, as well as a faction leader, elections without Jerusalem, as Jerusalem is the main address of the current political battle.

We have a golden opportunity for everyone to get out of the current impasse, to end the division and achieve Palestinian unity in order to enable us to renew the legitimacy and fortify the Palestinian decision and rebuild institutions, including the Palestine Liberation Organization, on democratic foundations. This opportunity should not be wasted, because the repercussions of any new setback will be dangerous to the Palestinian people and cause, and therefore action must be taken to consolidate this process, procedurally and legally, to ensure free, fair and transparent elections that reflect the will of our people and open doors for a better future.